During a speech at the University of Santiago de Chile (USACH for its Spanish acronym), the Ecuadorian president, Rafael Correa, who today ends a two-day official visit in Chile, presented the achievements in the education field reached by his government during the last years and claimed his commitment towards an educational model of excellence and quality that reduces inequality in the country.

“For us, education as a right and as a generator of human talent is the most important thing,” Correa said in the school that named him doctor “honoris causa.”

“We have opted for an aggressive national policy to promote human talent, science, technology and education,” Correa told before an audience of students, politicians and diplomats, and members of the Ecuadorian community in Chile.

The president also explained that between 1992 and 2006 in Ecuador 45 new universities were created, which were added to the 26 that were previously created. “Education became a commodity,” he said. The Constituent Assembly introduced in 2008 ordered a thorough review of schools and as a result fourteen of them “that did not deserve the name of universities,” were closed. 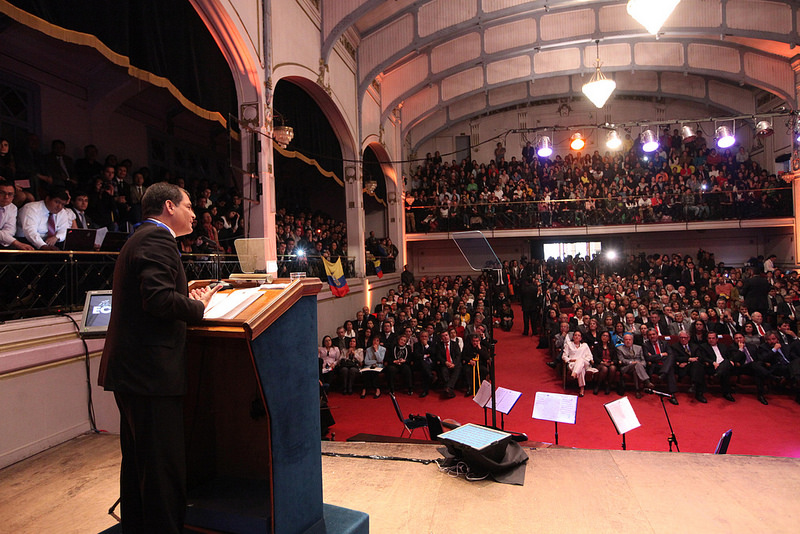 Ecuadorian President Rafael Correa during a speech at the University of Santiago de Chile (USACH).

15 additional days to respond to the CAN about resolution 116