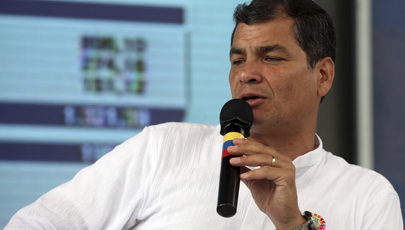 President Rafael Correa announced yesterday during the National address that the main goal of the Executive is to prioritize public investment until 2017.

“We have less than 3 years of government; we must be effective, forceful. The president has given priority to certain sectors, “said the president.

Correa noted the need for investment in strategic sectors, an item whereby before the country had to import fuel and subsidize to supply thermoelectric generators.

The remaining percentages are for social development, human talent, other state agencies and security.

“Public investment has been an important engine for growth and development of the country and to equal opportunities,” said Correa.

Ebola can reach France and the United Kingdom in late October