Correa is becoming prudent, said the Mayor of Guayaquil 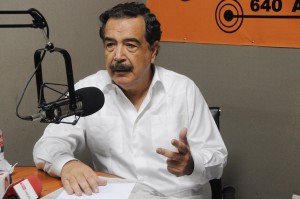 Jaime Nebot, mayor of Guayaquil, in his radio address of Wednesdays, responded to the commentary president Rafael Correa said on Tuesday August 25, in Cotopaxi.

Nebot said that the president “is becoming prudent” by recognizing that the country is going through difficult times by the low price of oil.

“They know we are going through a very difficult year, the price of the barrel of oil collapsed, is at USD 30 a barrel and it costs us $ 39 extract it,” was the comment of President Correa yesterday.

Before these statements, Nebot said. “I’m glad he has said that Ecuador is in a very difficult situation. I see he has given up the arrogance of saying he was prepared for a price of USD 20 a barrel, because now that it is at 35 he realizes that the situation is very difficult, he is becoming prudent.”

Nebot acknowledged that in the event that the country’s situation deteriorates, the City Council could cope it with a proper management of resources. In his administration, he said, of each USD 100 the municipality receives, USD 15 are spent on salaries and administrative costs and of each USD 100, about $ 85 goes to investment, public works and services. He further stressed that the municipality manages a “successful” system of concessions with the private sector.