Accommodate the law to cover holes. Just 20 days after the Prosecutor’s Office received a complaint in 2010 for about thirty fuel import operations, carried out by Petroecuador, that did not meet the customs requirements or the corresponding tax payment, then President Rafael Correa published by decree a regulation of the Internal Tax Regime law that contained a convenient article in which Petroecuador was exempted from paying taxes on the purchase of crude derivatives. 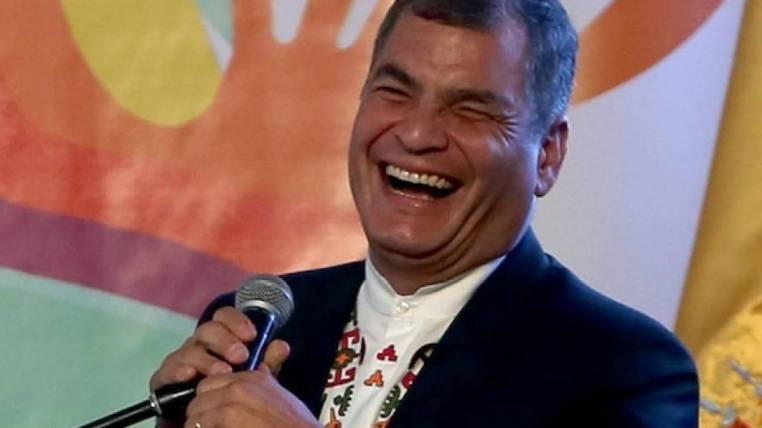 Until that June 8, 2010, when decree 374 was published – which modifies taxes despite the express prohibition of article 301 of the Constitution to do so in this way – purchases of oil derivatives were taxed at 12% VAT and They arrived in the country under the import regime for consumption. That same VAT, then moves to the citizen in the distribution of gasoline. With the change introduced by former President Correa, Petroecuador is no longer obliged to pay that tax, which, however, continues to be charged in billing to the public.

The complaint of May 19, 2010 that preceded the presidential provision identified at least 30 transactions in which Petroecuador had introduced oil derivatives to the country without canceling taxes. Interestingly, not at all there was a breach. In other similar operations – as can be seen in the attached graphic – VAT and Fodinfa were canceled. EXPRESS has agreed to documentation that corroborates when and when the customs clearance did not comply with the provisions of the tax system in force until the presidential maneuver.

Despite not completing the corresponding customs process, the “tacit abandonment” of merchandise was arranged by Customs management, but, unlike what happens with physical cargoes, fuel is a liquid product for which no There is a storage system in the port areas. Thus, it passed directly to the pipeline.

Correa made legal the irregular import of fuel without VAT
If the VAT had been paid in the operations detected – there could be more radar -, the State would have received 23.14 million dollars in VAT.

Due to the fruitlessness of the investigation that arrived at the hands of the Prosecutor’s Office, the Comptroller’s Office, the Ministry of Transparency and the Presidency, it is unknown where those millions who did not pay in VAT, but who did receive an allocation from State budget to comply with the tax obligation.

This newspaper requested at the end of September an interview with the authorities of Petroecuador, SRI and Customs that has not materialized in any of the cases.

In the same complaint there is a pronouncement of the SRI before the consultation of a citizen who processed the simple question of whether or not international purchases of fuel were taxed with VAT. The response of the SRI, non-binding – and which did not prosper when trying to be officially processed to acquire that binding nature – was clear: “The goods taxed at a 0% VAT rate are those contemplated in art. 55 of the Economic Regime Law. The rest of the goods are taxed at a 12% rate.