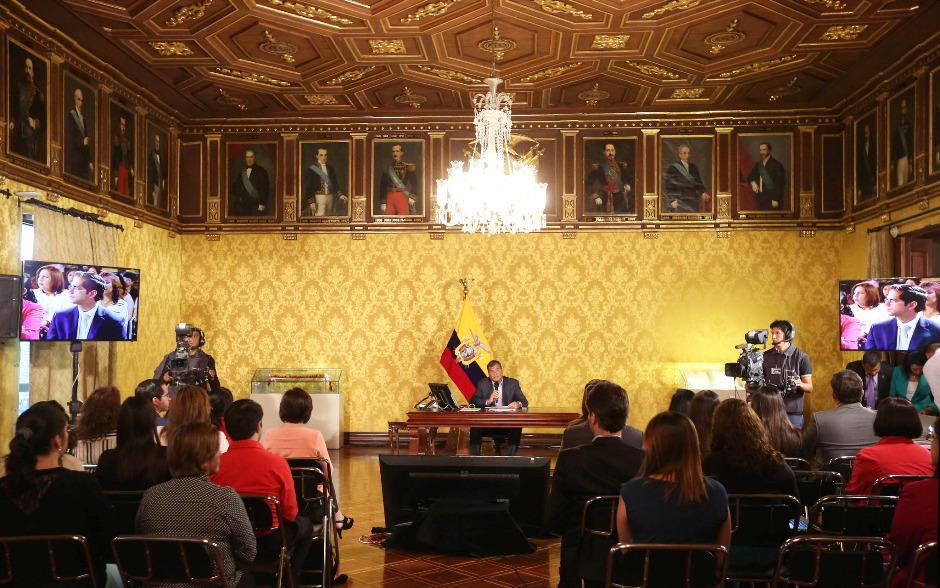 President Rafael Correa has reported that the government will continue broadcasting weekly addresses, and will not eliminate the Secretariat of Good Living, after the opposition did not respond to his challenge that if they voted for higher taxes he would suspend both.

“As soon as the new taxes were announced, they published a meme on Twitter that said they accepted the taxes if the the broadcasting of weekly addresses was suspended. And as you know I’m a man who accepts challenges, I do not play with the misfortune of others, I do not play with the pain of my people, even though I think it is a right of citizens to be informed, if you support this measure, I told the opponents, because all this is done by them, if you support the Solidarity Law, I eliminage the broadcasting of weekly addresses and the Secretariat of Good Living,” stated Correa.