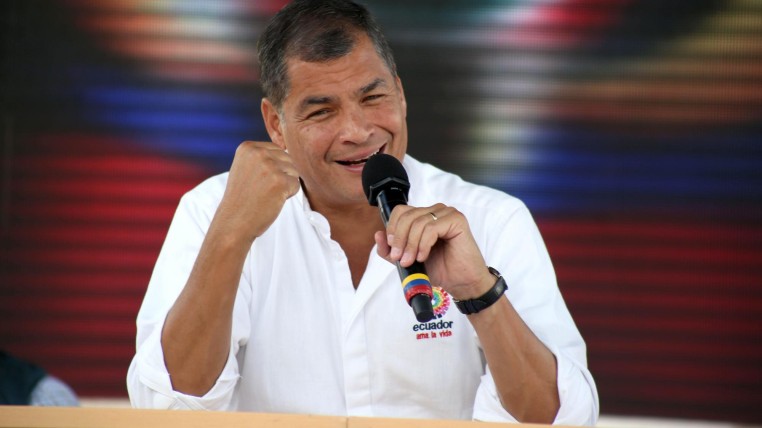 Rafael Correa said on January 7 that brothers William and Roberto Isaias, former bankers wanted by the Ecuadorian justice and fugitives in the United States, try to politicize the blatant Odebrecht case of bribes to officials, in order to affect his government. The President said he suspects that the Isaias try to use this case, at a time when the election campaign began.

In his usual weekly report to the nation, the President mentioned the fact that a US Republican congresswoman from Florida, Ileana Ros-Lehtinen, has asked the US Attorney’s Office the names of the Ecuadorean citizens involved in Odebrecht’s plot of bribes. According to Correa, Ros-Lethinen made that request on her behalf and only on the case of Ecuador, although there are a dozen countries involved in the scandal.

Furthermore, he said that the congresswoman, according to information available, is close to the Isaias brothers, who reside in Florida, and that they, according to several articles in social networks, financed the election campaigns of Ros Lethinen. The Isaias brothers, who in the past administered the extinct Filanbanco, are accused in Ecuador of financial crimes and for generating the crisis of 1998, considered the worst in the national history.

Taxes grew by 11% in December in Ecuador