On last Tuesday, President Rafael Correa began an “academic” six-day tour on the United States, which began with a visit to “The Liberty,” a former prison converted into a luxury hotel, an initiative that the Ecuadorian government aims to mimic at the former prison García Moreno of Quito.

The former prison retains its old penitentiary structure, with typical galleries and bars after in which the prisoners were confined, but the cells have been closed and the galleries now have elegant tables from the hotel restaurant, on Charles Street.

After visiting the hotel, Correa met with academics in the Rockefeller Center for Latin American Studies at Harvard University and later toured the campus. At both Boston and New Haven, the president will deliver lectures at universities on the process of Ecuadorian development and its political importance. 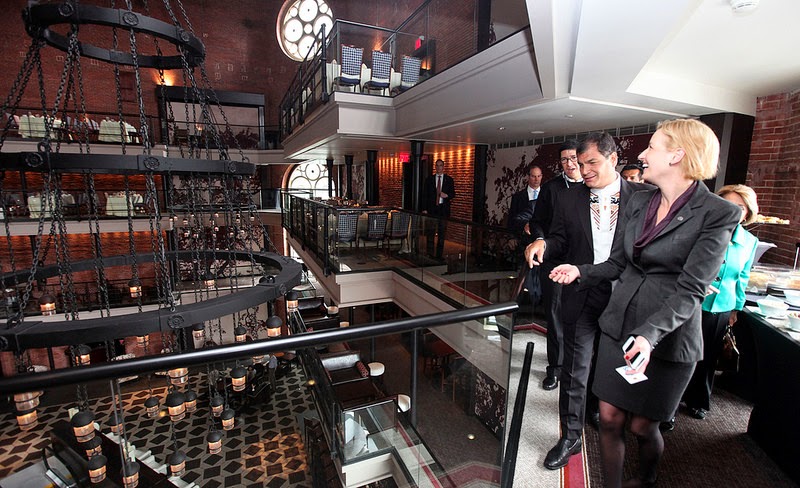 Rafael Correa at The Liberty.