Corruption in CTE was tracked for five months 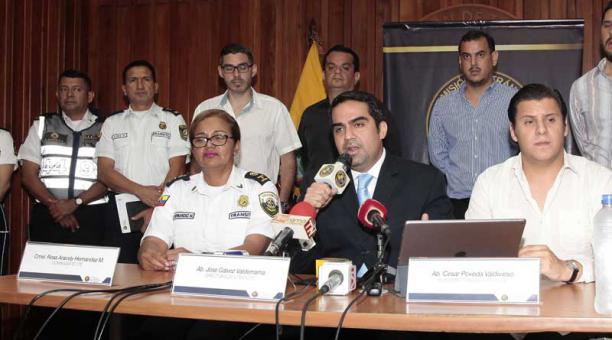 The corruption network that would have been discovered in the Ecuadorian Transit Commission (CTE) started from two cybercafés located in the vicinity of the institution.

The Office of the Public Prosecutor has this information and believes that licenses were issued illegally there or that the reductions of points included in driving licenses were annulled. The investigations determined that for each proceeding no less than USD 200 was charged.

On Friday, eight raids were carried out at the headquarters and seven people were arrested. One of them is civil servant of the Commission since 2013. The prosecutor Maria Coloma, who led the operation, said on Monday, March 12, 2018, that interceptions of calls, surveillance and monitoring were made from October 31, 2017 In December of 2017, another corruption intervention was made. At that time, an official was arrested for possible irregularities in the issuance of licenses.

Coloma said that now it is not ruled out that the suspects have committed more than one crime. Among them are: organized crime, bribery, falsification of documents, influence peddling. During the raids were found false licenses and the machine that served to issue them.

How did the network operate? The processors captured users in the two cybercafes or in the exteriors of the Brevetación area. They offered shifts to change the license inside those establishments. According to Coloma, there the illicit process began. “There are bribery actions, they bribed the employees (of the CTE) to expedite the licenses.” They also reduced fines, for example, from USD 450 to USD 250 or simply eliminated them from the system. The network, even, had violated the Commission’s system. “There are people who do not pass the visual examination, but they were called, they raised the pertinent claim and the next day they passed the visual examination,” prosecutor Coloma explained.

On the morning of March 12, José Gálvez, executive director of the entity, said that the Municipality of Guayaquil has been officiated to revoke the operating permits for cybercafés that operate in the vicinity of the building. At least a dozen of those centers surround the CTE.

They offer photocopying, Internet or reload services. But there are also announcements of service provision, such as obtaining shifts for licenses or testing before obtaining it. An administrator of those premises, located on Cuenca Street, was in disagreement with the measure announced. “We work for citizenship; They should investigate who really uses a cyber for corruption, “he said.

As part of the measures, the National Police will also be asked to control the entry and exit of citizens in the areas of Briefing and Qualifying Titles. In addition, to monitor the perimeter of the institution. The Prosecutor’s Office will also be asked to set up a brigade in these areas to deal with possible acts of corruption “first hand”. Until Monday there was no specific data on how many people would have made some process through the network.

However, Gálvez indicated that the list of the people who obtained a license during the last three years will be delivered to the Office of the Prosecutor, so that it is verified who contacted the group and are investigated by the agents.

In the exterior of the CTE, yesterday there was no presence of processors. A user recalled that, in December 2017, she went to a cyber to perform a virtual test and that they offered to take out the document on the same day for USD 200. Prosecutor Coloma pointed out that investigations into this case continue and that it is not ruled out that in the coming days new links are made with this event. On the outskirts of the Traffic Commission of Ecuador, users asked for permanent controls to be carried out to prevent further incidents related to acts of corruption. (I)

The police confiscates 482 kilos of cocaine in Guayaquil