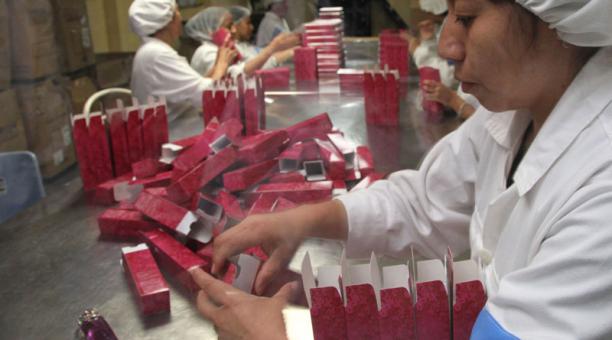 Cosmetics purchases to the exterior fell at 35% until the first semester of 2014, a 10% more than what was projected following the signing of an agreement between the Government and Procosméticos (Yanbal, Avon, Koala and of the Belcorp), to lower the imports in last January.

The figures were revealed by Gonzalo Peñaherrera, Director of Petrochemical Industries of the Ministry of Industry and Productivity (MIPRO), on October 22, during the inauguration of a plant of cosmetics production, in Duran, of the Belcorp corporation, in alliance with the Colombian company Scalpi.

“In these six months we are overcoming the barrier of 25% to 35%, but we´ll have to wait until the end of year to see how we close,” the official said.

At the same time, he acknowledged that the import substitution in raw materials for this sector is still minimal. “The reduction issue is complicated in the petrochemical industry (…) to date 90% (of raw materials) is imported, there is very little domestic production,” said Peñaherrera, and estimated a growth of this industry to the next 5 years from 4% to 5% annually.

Kinross agrees to sell a $ 240 million project in Ecuador