The amount of losses for the national productive sector during the COVID-19 quarantine is one of the few issues on which the private unions and the Government coincide. Until now the lost profit is estimated at more than $ 12.5 billion. 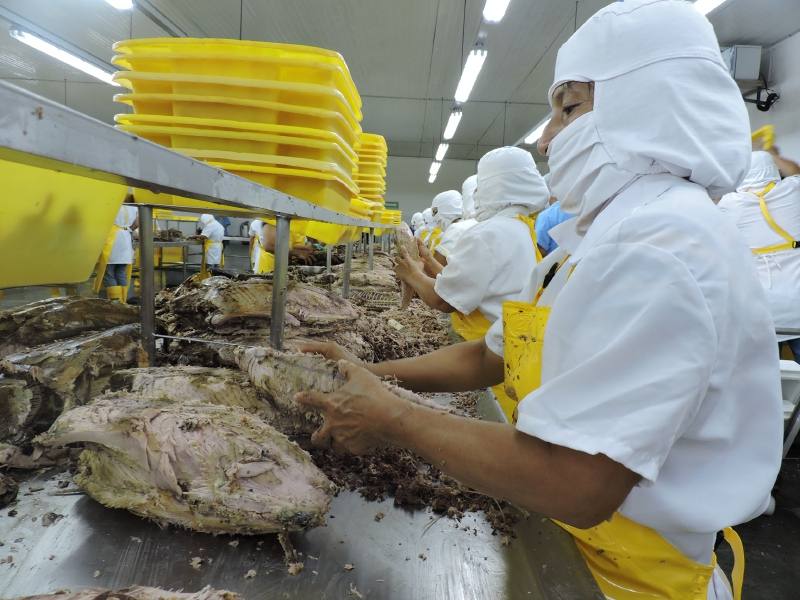 It is that around 70% of the productive apparatus was paralyzed with the pandemic, according to figures from the Federation of Ecuador’s Chambers of Commerce given last month.

30% of companies continued to produce in the midst of the emergency that meant the absence of workers, fewer customers, and more security measures. Thus, the shipment of traditional export products, such as bananas, cocoa, shrimp, fish, canned goods, did not stop, also feeling an economic impact.

According to Felipe Ribadeneira, president of the Ecuadorian Federation of Exporters (Fedexpor), all exportable supply was affected by the weakening of international demand and the problems of reducing operating capacity in industries.

However, in comparative terms, it ensures that despite the fact that the country’s food supply had a negative impact of a slowdown and a drop in prices, there was greater dynamics in international markets as a result of the nature of confinement. While much of non-traditional products, such as wood or manufactures, failed to find demand.

Until March, according to Fedexpor, non-oil sales grew 18%, taking precedence over non-oil imports, which, on the other hand, fell by 12%.

Some sectors quote this growth figure, such as shrimp, the second best-selling non-oil product, which reports the worst growth in the last eight years.

José Antonio Camposano, president of the National Aquaculture Chamber, points out that they went from sustained growth of 28% per month to -2% in March, 4% in April, and a loss of at least $ 162 million. This despite the increase of 54 million pounds exported from January to April, adding 483 million in total, equivalent to $ 1,223 million, 13% more volume and 8% more turnover versus the same period in 2019,

In the case of fishing, the third product in exports, had a drop of almost 7.63% from January to March.

It did not stop producing, but it did slow down by almost half during the quarantine, says Bruno Leone, president of the National Chamber of Fisheries. He comments that the absence of workers, biosecurity measures and social distancing within processing sites affected the productivity of this sector.

For example, tuna processors in Guayas, where around 50% of total production is generated, reported a 50% to 60% reduction in capacity during April. In the case of Manabí, where the outbreak was less, there was a 30% reduction in production capacity.

Unlike the international market, consumption within the country grew by 20%, especially during the first weeks of isolation. In that first month of confinement, for example, at the supermarket level it was reported that sales of canned fish shot up to 137%.

Before this global pandemic, the export sector, says the president of Fedexpor, maintained an annual growth projection that exceeded $ 2 billion. And now they project a fall of 10% annually.

In food there were winners and losers

The priority of the families during the quarantine was to provide themselves with food, which was reflected in the great demand that there was in the supermarkets.

However, for Christian Wahli, president of the National Association of Food and Beverage Manufacturers, production – despite not being paralyzed by the emergency – was affected by various factors such as logistical difficulties, biosecurity measures in companies starting with the transportation of workers, in addition to the required distance in the production lines.

In commercial activity, the union leader states that he greatly depended on the category of products in which the industry operates.

“There were winners in categories such as preserves, pasta …, and losers who are mostly impulse products (such as candy, ice cream, etc.), whose highest sale was on the street, there the losses can be estimated in some cases of 80 % ”, Analyzes.

The high demand for food does not equate to more profits, since it explains that the basic products that were most sought “are not those with high margins, and if there was high demand in these categories, the economic performance has not been immense,” he concludes. Wahli.

The supermarkets were not paralyzed in the quarantine, they attended with restrictions and showed growth. Online channels and technological tools took center stage.

Corporación Favorita, owner of Supermaxi, Megamaxi, Aki and other formats, implemented the use of Ufirst, a mobile application that generates a virtual shift and allows to know the status of the line of entry to the premises, explains Rubén Salazar, corporate manager of the company.

During the health emergency, the group contracted to fill available vacancies and thus guarantee the service. Corporación El Rosado, the second supermarket chain, made investments in this period and opened a Commissariat and Ferrisariato in the north.

Meanwhile, Tía saw growth in the online channel. Juan Daniel Guadamud, Operations Manager of Tía, assures that since the beginning of the emergency the tia.com.ec platform has grown 1000% in transactions and 600% in income. The firm received a $ 40 million loan in May from IDB Invest, a member of the IDB Group. (I)

Six major cases of corruption in one month