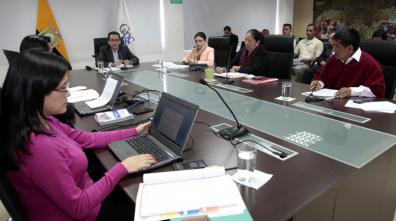 The Council of Citizen Participation (Cpccs) approved on the morning of October 7 a part of the regulations for the public contest, with which the defenders of audiences and readers of the media nationwide will be designated.

61 nationwide medias: 34 radio stations, seven newspapers and 20 TV stations should have a defense, according to the established in the Communications Law, approved by the Assembly in June 2013.

Among the points that were approved in Plenary of the Cpccs is the postulation, which must be made for the type of media (newspapers, TV or radio) and if elected the contestant, the media in which he will work will be assigned by lottery.

Local governments will set the profitability on public transport