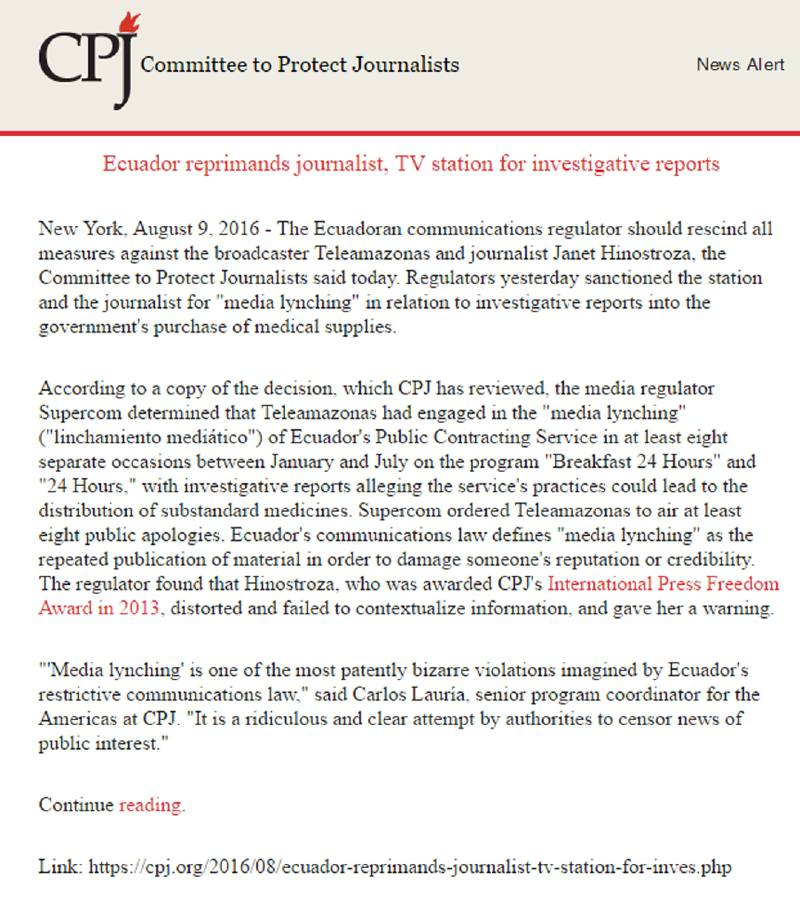 The Committee to Protect Journalists (CPJ) urged the Superintendency of Information and Communication (Supercom) to annul the penalty imposed on the Teleamazonas TV network and its journalist Janet Hinostroza.

“The Ecuadorian agency responsible for overseeing the legal provisions on the rights of communication must reverse all measures taken against Teleamazonas and journalist Janet Hinostroza,” stated the CPJ, based in New York, through a bulletin.

On August 4 the agency ruled that the TV network and the journalist committed media lynching against the Public Procurement Service (Sercop).

The infringement, described in Article 26 of the Communications Law, would have been committed during the dissemination of information on reverse auction process of drugs.

The resolution indicates that this occurred during the broadcast of Los Desayunos TV segment of the 24 Horas newscast on January 22 and 29; 10, 15 and 16 June; and 5 and July 13.

35 political groups await for the approval of the Electoral Council