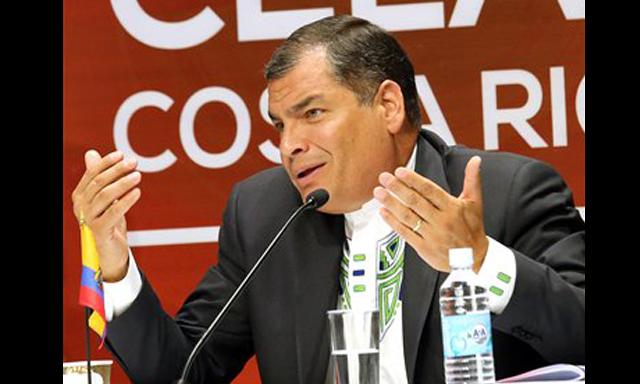 The president said that “is all set to have our own system of human rights because basically … the Inter American Court of Human Rights, is Latin American Human Rights Court, because the United States and Canada, Anglo-Saxon countries have not recognized it “.

This week, during the Summit of CELAC, Ecuador donated a million dollars to this Court.

“We believe the decaying system of the Organization of American States, the Inter-American system dominated by the US, is much more difficult to correct than replace it with something new,” he added.

Regarding the Inter-American Commission on Human Rights, based in Washington, he said that although it has a duty to defend human rights, “has become a first instance judgment and gives precautionary measures, for which it has no authority. It has become in a police station receiving cases of all kinds. “