Crooked Power, the podcast about the El Universo Case and the importance of press freedom, is on air

A free press is a fundamental part of a democratic society. That is one of the fundamental premises with which the Crooked Power podcast begins , which narrates the so-called El Universo Case , a judicial process with which the then president of Ecuador, Rafael Correa, prosecuted this medium, three of its directors and its editor of Opinion, for disagreeing with a journalistic piece of opinion. 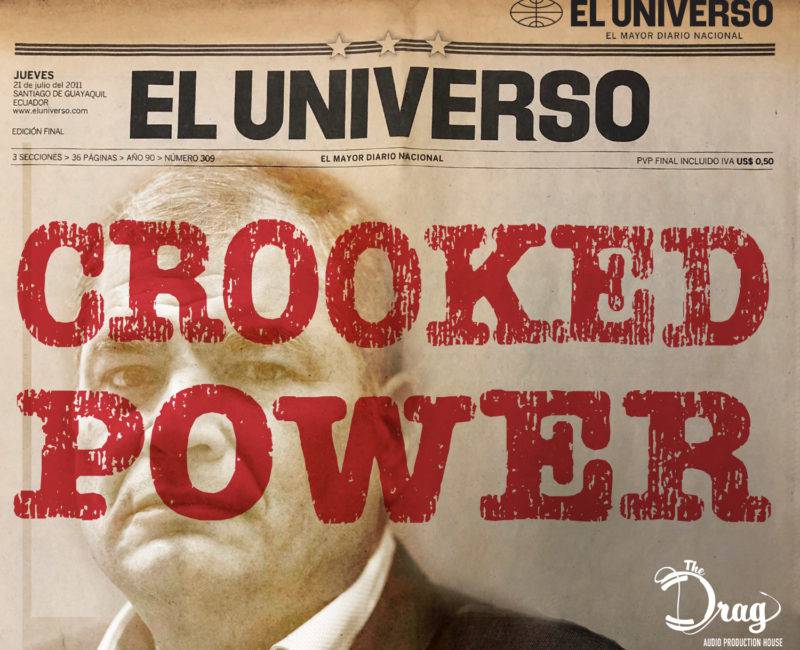 Crooked Power, the podcast about the El Universo Case.

Correa, who filed the lawsuit in his personal capacity in 2011 , obtained a court ruling in his favor of 40 million dollars and a sentence of three years in prison for the four defendants . Ten years later, the Inter-American Court of Human Rights declared the “international responsibility” of the Ecuadorian State for the violations of various rights and ruled in favor of Emilio Palacio, Carlos, César and Nicolás Pérez, directors of El Universo.

The podcast has been produced by The Drag Audio Production House , a podcast production company that is part of the Moody College of Communication at the University of Texas at Austin. The Drag, a non-profit organization that began its work in 2019, is made by and for students. El Universo has collaborated as an associate in the development of this journalistic work.

Crooked Power has been produced by César Pérez Romero and Maya Fawaz , who is also the presenter. Pérez has also edited the podcasts. Robert Quigley and Katey Psencik Outka are the executive producers. The first two chapters (of five in total) are available in English, the remaining three will be released every Tuesday in the coming weeks. They are available on Spotify and Apple .

The good, the bad and the promised of Guillermo Lasso’s first year