Cruz, waiting for his sentence 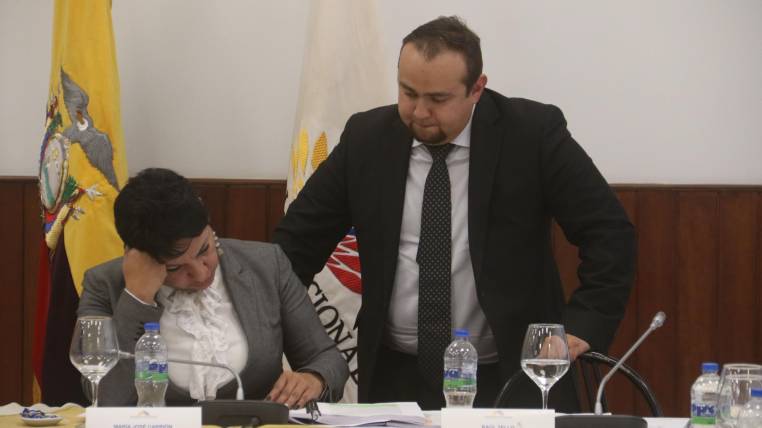 Inspection borders on the unheard. – Another impeachment trial was frustrated in the Oversight Committee of the Assembly. The superintendent of Banks, Christian Cruz, accused of omitting controls on the financial activities of the IESS and allowing the debt of 2,521 million dollars that the State maintains with that agency evaporated from the balance sheets, was saved yesterday by a hair: no will go to the Plenary Assembly. The report against him was ready but, at the time of voting, a group of correistas and oficialistas backed off. Your luck, now, depends on the Council of Citizen Participation.

Rare things happen in this legislative body that, according to the proponent of the trial, Raúl Tello, has gone from “a commission of archives to limbo commission”. It is quite rare that a report approved by the technical team of the Commission, drawn up by the advisers and agreed between the members ends up being rejected. It is even rarer that the person who moved the approval of the report, Moreno Mendoza, will end up voting against. But the correísta Lira Villalba is already very rare. She asked to include, among the conclusions, one that specifically stated that the Superintendent of Banks did not fulfill his functions. And at tea time he voted against the argument that it could not prove breach of duty.

Who understands it? No, certainly, Raúl Tello. He believes that these oddities justify the restructuring of the Commission, which he intends to propose to the House today. Neither the president, María José Carrión. She voted in favor of the report, defended him from a strange proposal by Lira Villalba and ended up wondering about “the personal motivations” of those who voted against.

Villalba’s thing was strange twice: not only helped to perfect the document and then send it through a pipe but presented a proposal frankly brought by the hair: he wanted in the text of a report whose conclusion underpins the thesis of political responsibility of the superintendent, his legal reading of the case will be included, according to which the superintendent is innocent. Carrión convinced her (or not?) That such a request was impossible to satisfy.

The Commission was installed 40 minutes late, spent two hours reading 70 of the 105 pages of the report and almost completely ignored the debate. Raúl Tello decided not to say this mouth is mine throughout the session, despite the fact that six of the eight grounds for dismissal he proposed had been discarded. Only a handful of assemblymen reasoned their vote.

A vote was missing to approve the impeachment. Tello, Carrión, Jimmy Candell, Homero Castanier, Silvia Salgado and Ramón Terán voted in favor. Villalba and Mendoza, against. The correístas Sofía Espín were absent, something that no longer surprises anyone, and Hermuy Calle. Two morenistas abstained: Karla Cadena and Euro Torres, alternate assemblyman that Kharla Chávez sends in his place when it comes to leaving a political trial in limbo.

There are already three inspection processes that conclude without a report (former Vice President Jorge Glas and the Council of the Judiciary were the first). But none as strange and incomprehensible as this one.

The CAL did not meet deadline

The Legislative took its time to evacuate the process of the trial. Assemblyman Raúl Telló submitted his request on November 22, 2017. The Legislative Administrative Council (CAL) had only three days to qualify but did not meet that deadline. The process was only qualified in June when the Participation Council began the evaluation of the official. (I)

Incident between Correa and Cueva will go to the courts