Cuba and Ecuador sign a cooperation agreement in Higher Education 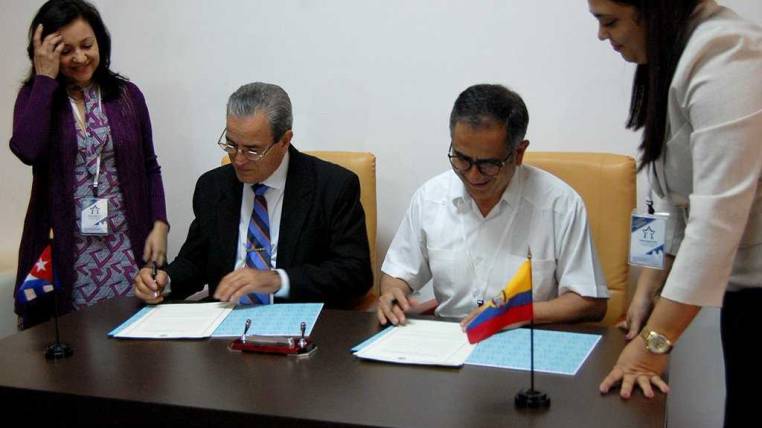 On Wednesday, February 14, Cuba and Ecuador signed a cooperation agreement in Havana that includes all areas of higher education in order to promote academic, scientific exchange, human resources training and joint projects.

The agreement, which also includes the recognition by both parties of professional titles, the approval of Higher Education studies and undergraduate and postgraduate training, is part of the activities of the XI International Congress 2018 University, said a report by the state-owned Cuban Agency of News.

The Minister of Higher Education of the island, José Saborido, signed with his Ecuadorian counterpart, the Secretary of Higher Education, Science and Technology, Augusto Barrera, an agreement that will include both public and private universities of the South American country, according to explained the Cuban holder.

A large number of Ecuadorians studying in Cuba or has graduated in some specialty in universities of the island, hence the importance of the recognition of their university degrees for the validation of their studies, said the ambassador of Ecuador in Havana, María Augusta Calle.

The diplomat said that in her country there is a lot of cooperation from Cuban professionals, who also need the recognition of their titles to better perform their activities.

Calle also highlighted the “great significance” of this agreement and praised the academic “excellence” and “seriousness” of Cuban higher education.

The 2018 University convention under which the agreement was signed is an annual meeting that brings together representatives from some 60 countries, including Ministers of Higher Education, principals and academics. (I)