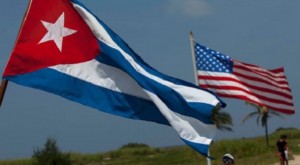 Cuba accused the United States on Tuesday to unleash a “financial war” against entities that do business with the island as part of an embargo which has caused economic losses of more than 100,000 million dollars to the country in 52 years.

“Until March (2014) the economic damage to the Cuban people by the blockade (embargo) is 116.880 million dollars,” said Cuban Deputy Foreign Minister Abelardo Moreno, when making public to the press that the draft resolution requests the end of the measure and that the UN General Assembly will vote on October 28.

Moreno said that if they take into account the devaluation of the dollar against the gold standard, that figure would exceed a trillion dollars.

The official stressed that “the extraterritorial nature of the blockade, especially in the banking and financial sector, has intensified under the Obama administration, who argues “the fallacy that Cuba sponsors international terrorism” as a “pretext” for the embargo .

“Every year we see that extraterritoriality is fiercer, more intense, it expands and worsens” and “has become a war, a financial persecution,” he added.

Argentina approved law that authorizes payment of debt in its territory