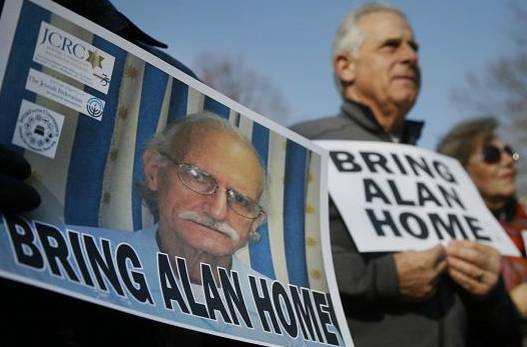 The Cuban authorities released this Tuesday the American prisoner Alan Gross before an humanitarian order made by the United States, said an official of the White House in Washington.

“This morning, Alan Gross has left Cuba on a plane of the US government,” said a senior official on condition of anonymity.

Gross, who served five years of fifteen of his sentence, was arrested and jailed in December 2009, while working on the island as a contractor for the US Agency for International Development (USAID).

According to several US media, citing senior officials on condition of anonymity, Gross’s release was in exchange for three of the officers group “The Five,” Cuban spies convicted in 2001 and imprisoned in the US.

The US president, Barack Obama, will make today at local noon (17:00 GMT), a statement about Cuba, regarding the release of Gross, the White House said.

Likewise, his Cuban counterpart Raul Castro will make a special speech on his country’s relations with the US at the same time, 12:00 local (17:00 GMT), according to an announcement on local television.

NASA postpones launch of Dragon capsule to the space station