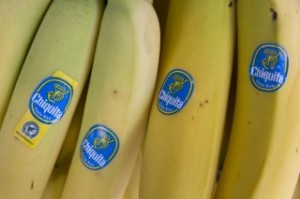 The Brazilian consortium of juices Cutrale-Safra reached an agreement to acquire US food company Chiquita Brands for $ 1,300 million, reported on October 28 the firm on a statement.

The company based in Charlotte, North Carolina (US), rejected on Friday October 24 its merger with Fyffes, an Irish firm, after holding an extraordinary shareholders meeting, where it was decided to continue the talks with the consortium Cutrale-Safra, that last Thursday improved its initial offer from $ 13 per share to $14.5 cash, which implies valuing Chiquita at about $ 681 million.

Edward F. Lonergan, President of Chiquita, present in more than 70 countries with about 20,000 employees, said that they are “satisfied” with the agreement and the future good administration Cutrale-Sagra is expected to make.