Dalai Lama Will Resign as a Tibetan Political Leader 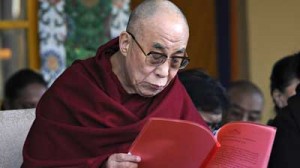 This Thursday, Dalai Lama plans to resign formally from his position as a political leader of the Tibetan government. For a long time Dalai Lama has perceived himself as in semi retired from his political leadership, now the elected prime minister is in charge of the Dharamsala city in the north of India.

However, Dalai Lama continues to be the spiritual leader of Tibet and from 1960 he has insisted that the residents of Tibet need a leader to be elected freely by the people. During his retirement speech, Dalai Lama stated that the moment to make this decision has arrived.

Dalai Lama escaped from the Tibet in 1959, after a failed revolt against the Chinese control of the territory. He currently resides in India and defends the autonomy for Tibet inside of China.

Death toll in Japan is expected to exceed 1,000