Dalo Bucaram announces the creation of the FE, a new political group 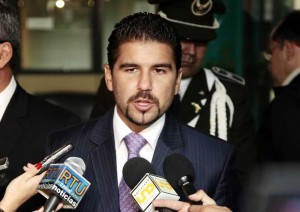 Dalo Bucaram, leader of the former Roldosista Ecuadorian Party (PRE) reported that he will inaugurate a new political group called FE, which means Strength Ecuador in Spanish. This political organization will be launched on October 20.

“It is the faith and hope that the country must have to get out of these government abuses and live in true freedom,” said Bucaram.

The politic leader added that the disappearance of PRE would be political because the regime would have eliminated 15 and 20 points of strong vote that will lack in the upcoming elections.

Superintendent of Communication seeks to radicalize sanctions through reforms