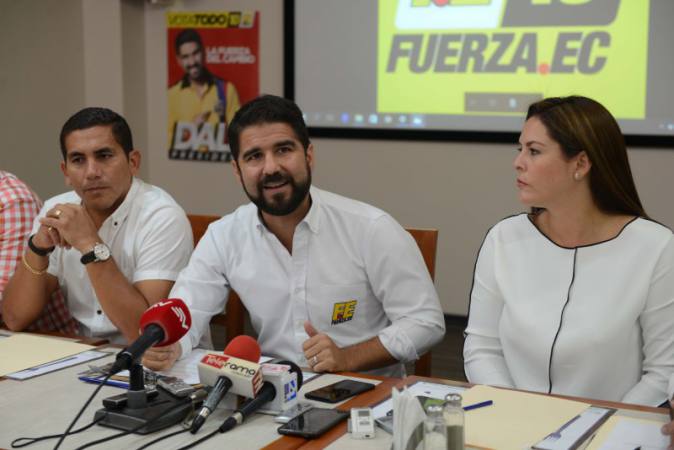 The leader of the Fuerza Ecuador party and former presidential hopeful, Abdalá Bucaram Pulley, met with leaders of his party Thursday in a restaurant in the north of Guayaquil to prepare a document with several proposals that will be presented in the coming days to the presidential candidate of the CREO party, Guillermo Lasso.
Bucaram assured that the support for Lasso must be translated into an agreement. “Any territorial support must be translated into an agreement, and Ecuador needs to go to a Constituent Assembly because it is the only way to dismiss all corrupt officials, including the Attorney General. The Constituent Assembly is not an option; it is a requirement,” he said.

He will also propose reforming the education system, maintaining certain subsidies and eliminating the table of drug use raised by the current government. “We have proposals like the elimination of the access exam to the universities, the removal of the consumption table that has turned Ecuador into a narco-state, the implementation of the sign language in schools, the permanence of the gas subsidy and the granting of social aid to families,” he said.

He assured that he did not align with Alianza PAIS because it represents a system of alleged persecution.
“Supporting (Jorge) Glas is to allow drugs in schools, the theft of three and five dollars for each barrel of oil, even the life of Mr. Moreno is in danger because Glas is capable of anything to stay in power,” he said.
He also called on Mayor Jaime Nebot to “take off his mask, to end his support for the government and take to the streets to fight against fraud,” he said.

A holiday against corruption