Decree to prevent the abuse of migrants 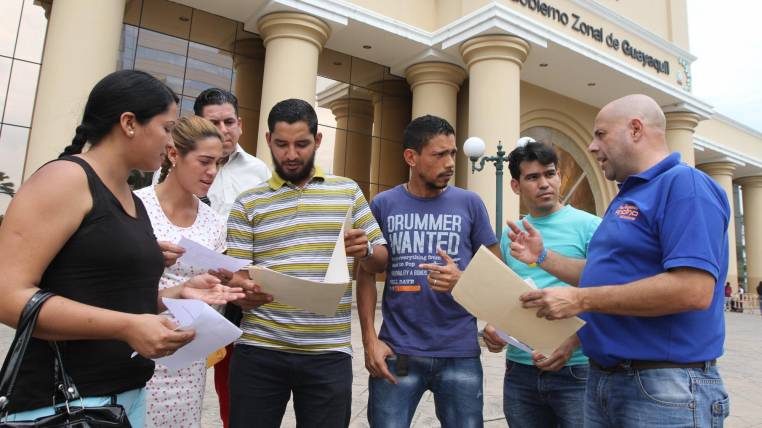 A new decree issued by the Ministry of Labor goes to prevent abuses against migrants, especially Venezuelans. Some owners of restaurants and hotels have seen the opportunity to have cheap labor in foreigners, who for the lack of documents accept to work earning less than the basic salary ($ 386).

In extreme cases, they receive less than one dollar per hour worked, according to the testimonies collected. It is difficult to know how many businesses have ignored the laws, because most of the migrants denounce by social networks and not before the governmental institutions, because they are not legal in the country. But, you can have an idea of the magnitude of the problem: in four months have been placed in Guayaquil about 40 cases in the Ministry of Labor and the main reasons are the non-payment of wages and verbal abuse, according to Juan Prada, lawyer and legal coordinator of Asociación Civil Mueve, which is dedicated to helping Venezuelans in Ecuador.

But, the situation did not go unnoticed by the authorities; there is a ministerial agreement that will allow Labor inspectors to do better control. This was stated by the Minister of Labor, Raúl Ledesma, exclusively for Diario EXPRESO.

He explained that the arrival of migrants to Ecuador is a problem that has occurred in several eras. Years ago, Peruvians and Colombians fleeing the guerrillas arrived in the country; then, the Cubans and now the Venezuelans.

Then, the authorities in one night noticed the presence of foreigners in the restaurants. By sending the inspector the next day and asking for the payment roles, they only presented the contracts to the Ecuadorians.

When questioned by foreigners, they denied everything. To avoid this, a decree has been issued and sent to the Official Registry. The ministerial agreement is to prevent the exploitation of migrants, since the Constitution gives equal rights and opportunities, especially in the labor issue, for anyone who is in the Ecuadorian territory.

It is expected that in the coming days the agreement will be in force. Ledesma stressed that migrants from Unasur and with a Mercosur visa do not require a work permit. “It used to be a requirement, not now.” Currently what is required is to register the work contract on the website of the Ministry. This register will allow you to know where you work, the schedule, the functions and the salary.

The important thing is that the agreement will give the inspectors the competence to do a better control, after signing the contract a bar code card will be issued. This will be automatic, in the same system; the migrant should only print the document. The inspections will be throughout the country and will be comprehensive, with representatives of Social Security.

There are penalties for businesses that do not register, the work contract will be from 200 dollars. The minister stressed that it cannot be denied that in the restaurants and hotels of the country more foreigners have been hired and that is fine, what is not good is that it is to pay less. The important thing is that the contracts are won by competition, with equal rights for Ecuadorians and foreigners. (I)