Defenders of Rafael Correa are no longer ‘invincible’ 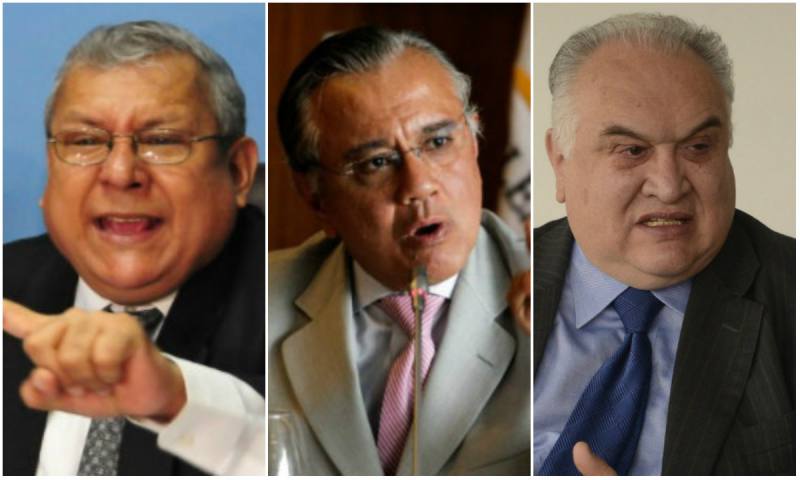 Having been a private lawyer for Rafael Correa, in his role as President of the Republic, apparently had its advantages. Apart from quoting better in the exercise of their profession, they did not lose the cases in which they sponsored it. They won. Now that he is former president they represent it again, but with a different luck.

The last lawyer of Correa, while he was president, was Caupolicán Ochoa in the case of slanderous insults against the former Kléver Jiménez, the political activist Fernando Villavicencio and Carlos Figueroa; and against the journalist Martín Pallares, whom the former president demanded for a supposed affectation to the honor.

In the ten years that Correa was in power, he brought before the courts more than 25 people for alleged damage to morals, insults and disrespect for his authority; not to mention the arrests of citizens whom he accused of attacking the majesty of the Presidency by beckoning him or shouting at him in his caravans.

All cases, or almost all, Correa won; whereas the accusations against him generally did not prosper. Once he left power, his situation changed, and for his lawyers as well. In July of 2017, Pallares won him by being declared innocent. The same happened in favor of Jiménez and Villavicencio.

Now the former president is part of some investigations related to alleged acts of corruption during his administration. He has been called by the prosecution to render versions for the audit of the debt, the Singue field, Petrochina and for saying that he knew who was responsible for the attack in January with a car bomb in Esmeraldas, as he had received information from high levels of government.

Alexis Mera became his lawyer, former legal secretary of his administration, who was also called to testify in another case, the one related to the payment of bribes from Odebrecht to several Correa officials. In general, the bribes would have bordered the $ 33.5 million.

Mera, like Correa and other former officials, has been questioned for allegedly influencing the justice system.

This June 18 Correa was linked in the case that investigates illicit association and plagiarism of the politician Fernando Balda. And Ochoa took that defense.

The lawyer who sponsored the former president in the case El Universo, Gutemberg Vera, also returns to the public light to be indicated by contracts with TC Television and because he now defends former Correa Minister Walter Solis.

An internal audit of the seized channel indicates that Vera collected $ 300,000 in fees, received three departments in Quito and Guayaquil from the middle to settle the debt, and said that they still owe him an amount.

As Correa and Mera, Vera said that everything is, apparently, a political persecution of the government of President Lenin Moreno.

Cases handled: He was a lawyer for former President Rafael Correa in the EL UNIVERSO case, for which this newspaper was required to pay an indemnity of $ 80 million for alleged insults and imprisonment for his executives and the ex-editorialist Emilio Palacio.

Cases handled: After being legal secretary of Rafael Correa’s presidency, he now represents him in cases like Singue, and he did it in the first version that the exmandatario surrendered for the plagiarism of Fernando Balda in Colombia.

Other processes: He was also summoned to testify in the process against former Vice President Jorge Glas related to the Odebrecht corruption plot; On July 9, he will render a version of the Balda case.

Cases handled: In 2014 he obtained a sentence against Cléver Jiménez, Fernando Villavicencio and Carlos Figueroa for the crime of insulting the then President Rafael Correa. He carried forward a denunciation of Correa, put days after he left the Presidency, against journalist Martín Pallares for alleged discredit.

Other processes: In 2017, he was a lawyer for a teacher accused of raping a child at the school where Correa’s wife worked, which caused criticism at the time. (I)