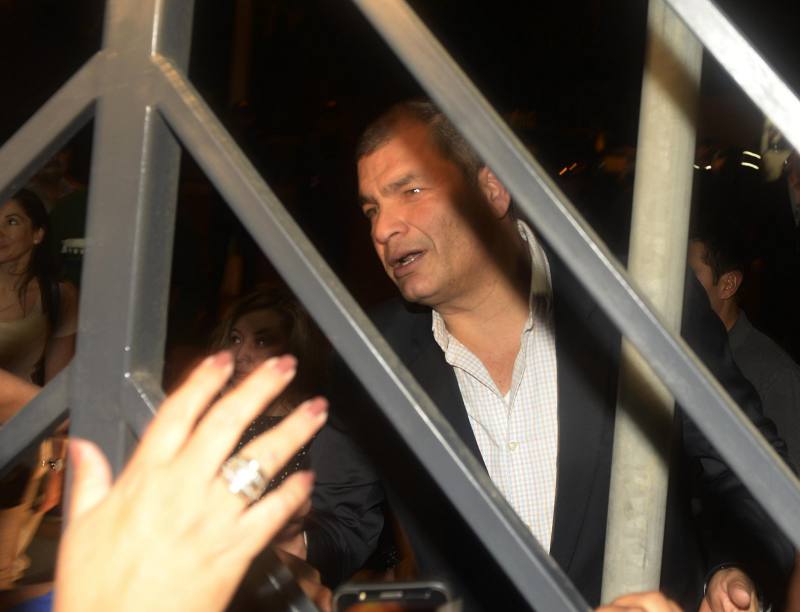 Judge Daniella Camacho on Tuesday ordered the preventive detention order for former President of the Republic Rafael Correa for the accusation made against him by the Prosecutor’s Office in the case of kidnapping ex-ambassador Fernando Balda, which occurred in 2010.

In the course of the hearing, Attorney General Paúl Pérez asked Judge Daniella Camacho to order the preventive detention against Rafael Correa, within the Balda case, for failing to comply with the periodic filing at the CNJ. He also requested that Interpol be called to arrest the ex -mandante.

Thus, the precautionary measures for the exmandatario, who had to appear before the National Court in Quito on Monday, 2 but in exchange, were made before the Consulate of Ecuador in Belgium.

Correa lives in Belgium since last May.

Camacho had rejected at the hearing on June 18 that Correa was present at the Consulate of Ecuador, in Belgium, because he said that diplomatic mission “has no jurisdictional powers.”

This Tuesday, the activist Fernando Balda acknowledged his signature before the magistrates, which gave way to a private accusation against Correa as the intellectual author for the kidnapping that took place in 2012 in Colombia.

The kidnapping of Fernando Balda in Bogotá, on August 13, 2012, lasted less than an hour, according to testimony collected by the Colombian justice system, and three years later, he sentenced five people. Read also: In five months the Balda case advanced, forcing Rafael Correa to return to Ecuador In spite of the denunciations before the Ecuadorian Prosecutor, then in charge of Galo Chiriboga, the case went unnoticed in Quito until in January of this year it was reopened by the prosecutor Carlos Baca.

This Tuesday, Balda has also advanced that he will ask to investigate ex-prosecutor Galo Chiriboga, who did not take action against his accusations. Correa supporters have said that it is a political persecution, so the Citizen Revolution Movement of Ecuador convened for next Thursday a national march in support of former President Rafael Correa, accused of being the mastermind of the kidnapping of the former opposition Fernando Balda in 2012. (I)