Delivery apps are strengthening in Ecuador

Last week, the Colombian company Rappi began testing in Ecuador to officially begin operations on Monday, September 9, 2019. The firm enters into competition with the Uber Eats and Glovo platforms, which have been in the Ecuadorian market for a year.

Rappi plans to expand in Ecuador with countless services to differentiate itself from its competition.

In addition to ordering food at home, the user can also order their grocery purchases and even cash, said Alejandro Freund, country manager of Rappi in Ecuador. They will also seek to implement the rental of ‘scooters’.

So far, according to Freund, 5,000 people have registered to be part of the distributors that will start operating, in principle, in Quito and Guayaquil. The objective of the firm is to operate in cities such as Manta, Cuenca or Ambato.

At the regional level, Rappi plans to double by the end of the year the number of cities where it operates, after an injection of $ 1 billion from Japan’s SoftBank. 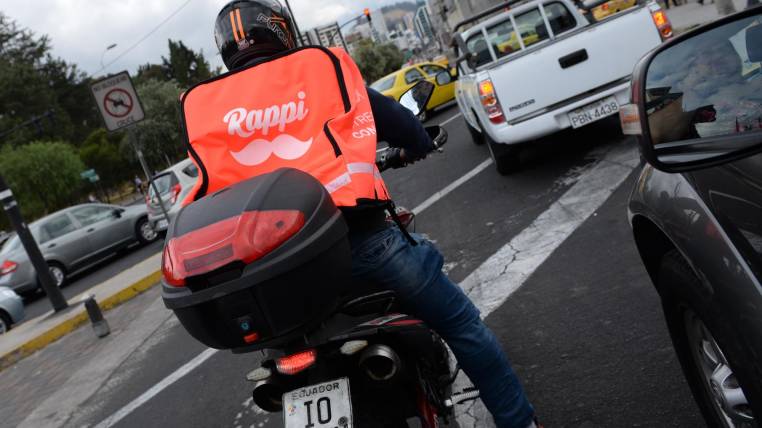 The agreement made SoftBank the majority shareholder of the Colombian company, which has been specializing in the delivery of orders for restaurants and supermarkets for five years, the co-founder and president of Rappi, Sebastián Mejía, told Reuters in recent days.

“We are in about 55 cities, eight countries,” he said. “We plan to accelerate that,” he added.

Founded in 2015 in Colombia, Rappi also operates in Brazil, Mexico, Argentina, Chile, Peru, Uruguay, and Costa Rica. The company plans to reach about 100 cities by the end of the year, a Rappi spokeswoman said.

Meanwhile, its competitor Glovo added new areas to its coverage area in the country. In Guayaquil, it included the Mocolí Island sector and in Quito the Los Chillos Valley, Cumbayá, Tumbaco, southern Carcelén, and El Condado.

To comply with Glovo’s delivery time standards (less than 45 minutes) in the new areas, the firm made technical calculations to ensure the necessary number of distributors per sector.

For Roberto Estrada, partner of Deloitte, applications have become an option due to the complex labor situation in the country. They are also a global trend and provide the possibility of generating additional income for people.

In January of this year, the International Labor Organization (ILO) called for regulating employment on digital platforms. In addition, he warned that they could recreate “labor practices that date back to the 19th century and future generations of digital laborers”.

On these comments, Estrada said that there are some aspects that can be perfected and that for the worker it is worse not to have a job.

All Venezuelans that are staying in Ecuador, must register for a census