The export of Ecuadorian flowers through air transport performed well in the Valentine’s season, which was from January 18 to February 9. At the Mariscal Sucre de Tababela airport, the activity has represented the second best Valentine’s season since it opened eight years ago, in 2013. 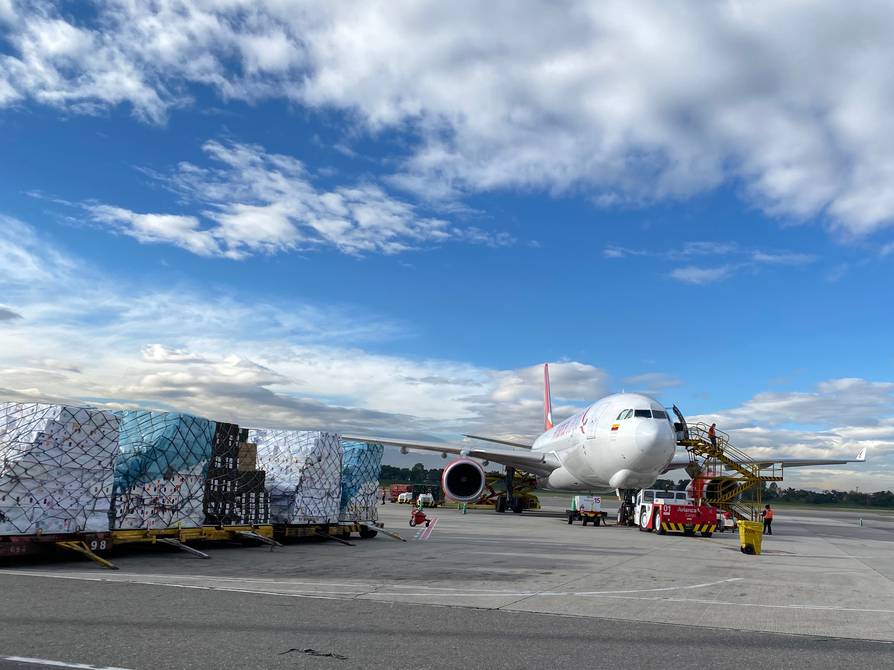 The quality of the flower, added to the efficient airport services and the business plans of the airlines that have included a combined operation with Ecuador and Colombia, are factors that have generated this good result.

According to Galárraga, the figures for 2021 compared to 2020 registered a minimum variation of -1.9%. “If you consider the crisis scenario, the performance has been very good. This is due to the high quality of the Ecuadorian flower in international markets and to the operational and logistical facilities offered by the airport ”, he explained.

Meanwhile, airlines also have a positive experience this year. Between January 18 and February 10, 2021, Avianca Cargo mobilized 14,200 tons of flowers for the celebration of Valentine’s Day from Bogotá, Medellín and Quito. The figure is 6% higher than the volume of flowers transported for this party last year. From Quito alone, 2,995 tons of flowers were mobilized, transporting mainly roses and gypso.

The general director of Avianca Cargo, Kurt Schosinsky, explained that in this “challenging season” the cold room in Miami was renewed, adapting it with the latest technology for the preservation of perishable products, and thus provide support to our customers.

For its part, Grupo Latam Cargo reported that during the 2021 Valentine’s season the amount of flowers transported from Bogotá, Medellín and Quito increased by 7%, compared to 2020, totaling more than 13,200 tons.

According to the company, the favorable figure is explained because the Latam Group has safeguarded the continuity of its operation in Colombia and Ecuador, despite the challenge posed by the pandemic. Latam Cargo took off around 225 times from those cities to transport the flower to the US From Colombia they took roses, spray roses, alstroemeria, gerbera and pompom and from Ecuador, roses, gypso and alstroemeria.

In Quito, Latam said, capacity was also added to support the transport of its flowers to Miami, which allowed the tons transported per week to increase by more than 7%. Likewise, an increase in capacity was carried out towards Amsterdam (Netherlands), the second destination for Ecuadorian flowers.

Flowers were also exported from the Simón Bolívar airport in Guayaquil during the Valentine’s season, but in a marginal quantity of 66 tons. (I)