The currency market crisis makes Ecuador’s exports more expensive, because it makes it an expensive country to be dollarized. 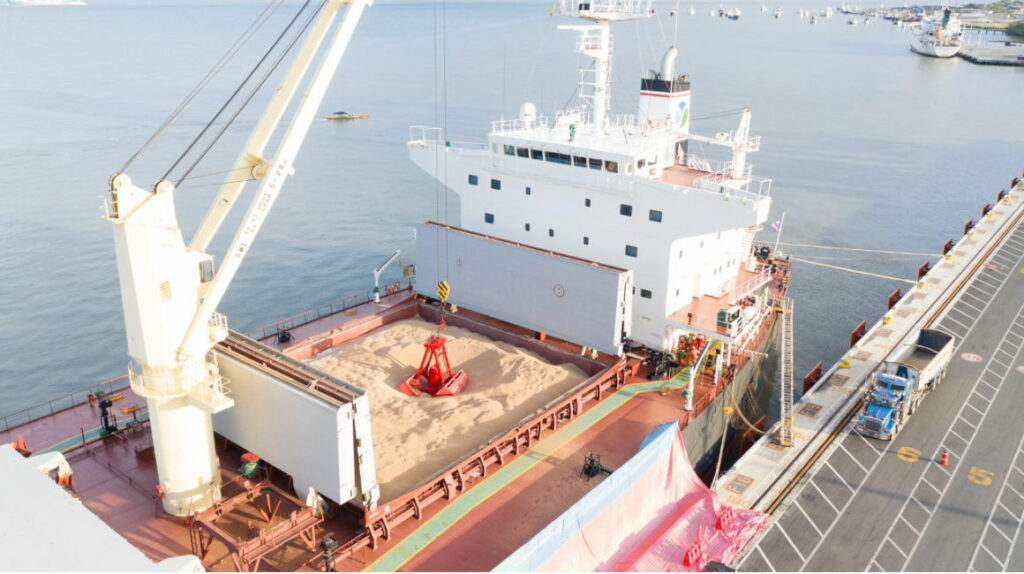 A ship in the Port of Posorja, concessioned to the DP World company, in Guayas, on July 12, 2022.

The dollar gains more and more value in the market and, on the other hand, the currencies in most Latin American countries depreciate. The foregoing weakens Ecuador’s exports, since, being dollarized, it becomes an expensive country, while its imports are expected to increase.

The revaluation of the dollar even dethroned the historic strength of the euro . The European currency sank on July 12, 2022 to its lowest level in 20 years , temporarily reaching parity with the dollar.

That means that the dollar and the euro are selling at the same value, in the midst of an  energy crisis in Europe  caused by the Russian invasion of Ukraine.

Investor concern about the situation in Europe was exacerbated by the paralysis of the largest pipeline that transports Russian gas to Germany , the Nord Stream 1 , for an annual maintenance that will last 10 days.

But European governments fear that Russia could extend the closure of this infrastructure and deepen the energy crisis that, added to inflation, could lead to a recession with unforeseen consequences .

The revaluation of the dollar against other currencies is not new, but is a phenomenon that has been observed since the beginning of 2022. And it is related to the monetary policy of the United States Federal Reserve (FED) , which tries to control inflation , raising Interest rates.

This policy makes it increasingly attractive to invest in dollars, rather than in other currencies.

The revaluation of the dollar is also the consequence of an accelerated weakening of other economies , such as the European or the Chinese.

The case of the euro is not isolated. The value of the dollar has risen against the Colombian peso , the Argentine peso, and the Chilean peso.

However, certain factors have accelerated the loss in value of the Colombian peso so far in 2022.

Among them are external shocks such as a global context of high inflation and resource scarcity and supply chain disruptions due to Russia’s war in Ukraine.

The incidence of the recent presidential elections in the devaluation of the Colombian peso is still not clear among economists.

But the truth is that the rise of July 12, 2022 represents a jump of close to 18% from the 3,905 Colombian pesos per dollar of June 19, when Gustavo Petro won the presidential elections.

And the effect in Ecuador?

Alejandro Martínez, president of Expoflores, explains that there is a high demand for products in the world , while supply is still very limited, which would be an advantage for Ecuador.

But the appreciation of the dollar tempers those benefits . “Ecuador, having a dollarized economy, becomes extremely expensive, which reduces the liquidity of exporters and reduces business opportunities, ” says Martínez.

In contrast, Colombia, for example, has greater possibilities of increasing its exports, which become cheaper when its currency loses value.

Santiago García Álvarez, president of the Pichincha College of Economists, explains that Ecuador can buy more inputs and products from abroad when the dollar gains value.

Imports made by Ecuador from abroad become cheaper, but it is more difficult for them to buy Ecuadorian products from us, because markets such as Colombia, Chile or Argentina will need a greater amount of money, says the expert.

But, in addition, a possible recession in Europe will mean that this market stops buying products from abroad, such as those from Ecuador .

Between January and May, Ecuador exported USD 1,677 million in value to the European Union .

This figure places the EU as the fourth most important destination for Ecuador’s exports , after the United States, China and Panama.

Among the main Ecuadorian products that could see their exports to the EU reduced are bananas, shrimp and cocoa , says Xavier Orellana, former Vice Minister of Commerce.

For now, the projections point to the dollar continuing to gain value in the coming months, in a context of still rising inflation and with a Federal Reserve that could continue to adjust interest rates.

Why does the price of premium gasoline skyrocket in Ecuador?

Lack of regulation of delivery platforms creates a black market