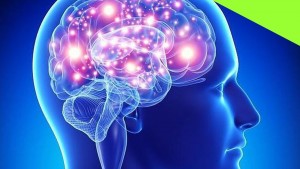 The Universidad Catolica de Santiago de Guayaquil, with the approval of the ethics committee of the Kennedy Clinic, will conduct a study on brain health and how diabetes may accelerate cognitive decline.

So far in Ecuador there are no epidemiological studies that indicate the prevalence of dementia, said neurologist Rocio Santibanez, and there are about 4.6 million new cases worldwide each year.

The research will try to determine this early deterioration by neuropsychological tests, comparing results between diabetic and healthy population. “It has been reported that there is 1.5 times higher risk of mild cognitive impairment in diabetic patients than in non-diabetics patients (…). If we enquire signs of cognitive impairment early (before old age) we can take certain health precautions (improve metabolic status, cognitive stimulation therapy, etc.). Ie prepare for a better old age,” says the specialist.

The first stage will take place on Saturday June 27, from 10:00 am in the agora 2 of Malecon Simon Bolivar, in Guayaquil.

How could the drug of the Ecuadorian diplomatic be sent?