Digital platform services will be taxed with VAT in 180 days

Users in the country of platforms such as Spotify, Uber, Cabify, Netflix and other digital services offered by foreign companies will have to pay the value added tax (VAT). 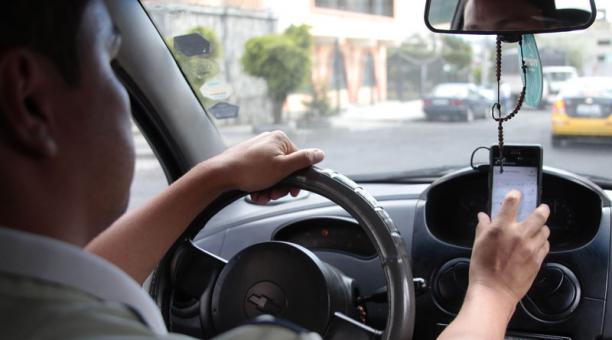 Digital platform services will be taxed with VAT in 180 days

This is one of the changes in the Law of Simplicity and Tax Progressivity, approved by the Assembly last Monday.

The tax for the use of these services will begin to be paid 180 days after the Law is published in the official register.

For this to happen, it is still pending for President Lenin Moreno to pronounce on the document approved by the Legislature.

The form and deadlines for the declaration and payment of VAT, as well as the detail of the type of applications to be taxed, are not yet defined. During the debate of the Law some ‘app’ that could be in the group were mentioned.

One group corresponds to the tools used in what is known as collaborative transport economics, such as Uber and Cabify; or from the hosting sector, such as Airbnb.

Other applications that were mentioned belong to the ‘streaming’ sector such as Netflix and Spotify, as well as those of package shipments such as Glovo and Rappi. To clarify these points, the Executive must issue a regulation.

In addition, the Internal Revenue Service (SRI) will have to create resolutions that complement that secondary regulation. For Carlos Licto, a tax expert, it is a problem that the Law does not define what is understood as a digital service, since there are millions of applications.

“It will be very easy for constant changes to occur from the tax administration only by issuing regulations; This is known as a blank law. Who is actually legislating and establishing the essential requirements are not the legislators, but the President, ”said the lawyer.

The Law details that the taxpayers, that is, those who withhold the tax to transfer it to the SRI, will be the companies that provide the services and also the credit card issuing firms that customers use to make the payment.

According to Napoleón Santamaría, tax analyst, the process will be simpler in the case of credit cards, which are already regulated within the financial system.

“Most of the transactions on these types of platforms are given through cards, such as Netflix and Spotify, because they are companies where there is no intermediary.”

For cash payments, the challenge of the tax administration is that digital platforms register with the SRI, as provided in article 27 of the Tax Simplicity Law.

The regulation would also have to define whether this registry consists of companies taking out a RUC in Ecuador, opening offices and other aspects, adds Licto. Andrés Burbano, president of the Chamber of Innovation and Technology, said that in a meeting he had with Executive authorities, he recommended that the elaboration of the regulation follow the standards of the Organization for Economic Cooperation and Development (OECD).

That agency has conducted studies on how to tax taxes on these services. Burbano details that this body recommends that the way to collect taxes must first be analyzed with technological platforms, to reach agreements that allow companies to remain in the country.

“What the OECD suggests is that the multinationals that offer this service deliver a record of all the transactions they make in the country and about the value that VAT is paid to the State.”

Patricio Donoso, a member of the Economic Regime Commission of the Assembly, which analyzed the bill, explained that the document is a first step to formalize this type of activities.

“The Law is not regulating them as such, but in the regulation they will have to define guidelines that will lead the platforms to formality in their tax activities,” said the legislator.

These are: Argentina, Colombia and Uruguay. According to that document, Ecuador could generate USD 11.2 million a year by taxing four platforms. The Treasury projection points to a collection of USD 21.16 million with this measure.

Biblián shows his wealth in the toquilla