Although 65 million years have passed since its extinction, dinosaurs will once again step on Earth as the protagonists of ‘Jurassic World ‘. The exhibition presents a set of prehistoric beasts on a real scale, which will be exposed to the public at the Quito Exhibition Center, from Friday, February 7 to February 25, 2020. 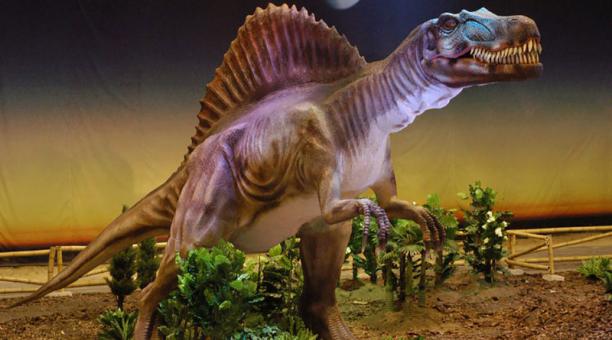 The show, organized by Top Shows Kids , has been designed so that children , youth and adults are part of a journey through time and can immerse themselves in a world where they can walk between dinosaurs and learn about each one of them and the history of the planet

If in 1993 Steven Spielberg surprised the world by reviving the dinosaurs in the science fiction film ‘Jurassic Park’ , now that event will go beyond the big screen to get a more experiential and sensory experience.

During the tour, visitors will be able to meet 21 animatronic robots, which reproduce the movements , sounds , textures, colors , smells and, above all, the real size of the species that once dominated the planet.

The T. Rex could measure up to 13 meters long. Photo: mundojurasicoecuador.com

Nayana Román, coordinator of Jurassic World , explains that the exhibition will be divided into two sections. First, visitors will enter the excavation room , where they will know what a paleontologist is doing and how he works .

Then they will dive into a time tunnel to learn about the habitat of carnivorous, herbivorous and omnivorous species, such as the tyrannosaurus , triceraptos, apatosaurus and more.

The idea that these huge animals also walked on the territory in which Ecuador is currently passed from a theory to a scientific certainty since December 2019.

At that time the discovery of the remains of a dinosaur with short and thick bones was published , which belonged to the species of titanosaurus and was baptized as Yamanasaurus lojansis , in reference to the distant parish of Yamana , where it was found. “This is the first dinosaur that is discovered so far north of Patagonia, ” says Roman, about a scientific event that directly connects Jurassic history with the country.

The exhibition is the result of a research project led by four Argentine paleontologists.

This is the second time the exhibition has arrived in the country. In 2011, Quito and Guayaquil were presented , with an influx of 180,000 spectators. Now, says Roman, the show offers technological improvements that provide a more real and interactive experience .

In addition to entertainment , the tour also has an educational component with information arranged in descriptive panels and specialized guides. At the end of the tour , children and young people can apply the knowledge acquired in a sandbox where dinosaur bones can be discovered . Painting areas , painted faces, cafeteria and a souvenir shop will also be opened .

In total there will be nine scenarios, seven of them that will be dedicated exclusively to dinosaurs and two to complementary activities .

Flower export increases in volume, but its price fell