Ecuador was presented yesterday, with a large participation of officials from the official sector and private companies, in the Fruit Logistics 2020 in Berlin as a sustainable country. It is the most important fruit and vegetable fair in the world. 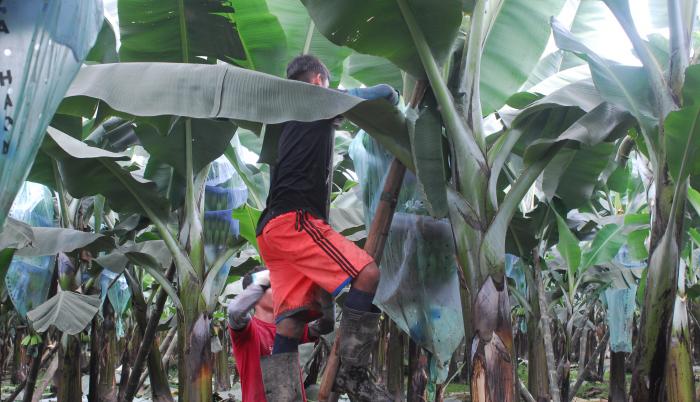 Beyond the relevance of the promotion, is it really Ecuador, or is it considered as a country with responsible and sustainable agriculture?

Months ago the European Union created a regulation to reduce the levels of residuality of the fruits, as well as has disposed the elimination of the use of some insecticides that considers dangerous for the health of the people. However, so far EXPRESO does not have an official response to a query on the efforts and responses of Ecuador to this EU decision and the fair is an opportunity to address the issue. The measures are still taken and progress in their implementation, ”a source from the export sector present at the fair tells this newspaper.

Ecuador sells but does not solve budding problems for a stagnant agricultural export sector.

Byron Paredes, banana producer of organic production, asks a question: is there agricultural policy in Ecuador, to reach sustainable production, for example? Your answer is no. “How then are we going to sell to Germany as a socially and productively responsible country. How we support what we say in Europe. ”

He, along with a group of producers, says he has presented proposals to the current minister, Javier Lazo Guerrero, on responsible production, “without any acceptance of his plan.”

Paredes believes that it is okay to go to a fair of this magnitude, but first, before the lobby, you must move towards a true formalization of agriculture with low rates (development banking), zero tax on the small entrepreneur, transparency , corruption intolerance.

The Vice President of the Republic, Otto Sonnenholzner, said in the Fruit Logística, that “the agricultural heritage of the country is in the eyes of the world.” Ecuadorian Ministers of Agriculture, Xavier Lazo, participate in the fair; of Production, Iván Ontaneda, and Environment, Raúl Ledesma and other dozens of public officials.

In this fair Ecuador presents its “agricultural heritage” through 38 companies that produce and export bananas, bananas, grapes, pitahaya, mango, cocoa, tree tomatoes, pineapple, red fruits, granadilla, avocado, soursop, broccoli and potatoes, cultivated under the Ecuador Premium & Sustainable strategy. “They are produced with respect for the environment, the human being and with social responsibility,” says the president. Something that Byron Paredes refutes with the banana case: “the banana farmer is required to have a contract,” but most of the weeks the exporters do not pay the official price and nobody in the official sector says anything. “

María Alejandra Vicuña must serve her one-year sentence in jail