Direct international flights to Galapagos will be subject to technical reports

The activation of the Galapagos Islands airports for direct international flights, during the health emergency, will be subject to technical reports that guarantee the sustainability of the ecosystem and will be the responsibility of the aviation authorities and the province of Galapagos. 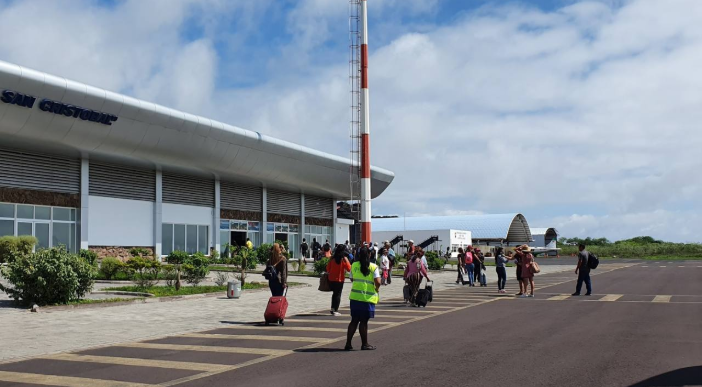 Direct international flights to Galapagos will be subject to technical reports

This is determined by the partial veto 31 of the Executive applied to the twenty-second transitional provision of the Humanitarian Support Law that was disclosed to the Economic Development Commission of the National Assembly.

In the objection, the government considered that the intervention of the entities of the Executive Function guiding the environment and tourism sectors is necessary , in their desire to guarantee the sustainability of the ecosystem of the Galapagos Archipelago and not put it at risk under any circumstances, thus such as compliance with applicable regulations, on the advisability of activating airports for direct international flights.

The text raised by the Executive in the partial objection determines that the Governing Council of the Special Regime of Galapagos, the governing ministries of environment and tourism, the General Directorate of Civil Aviation, the National Customs Service of Ecuador and the Agency for Regulation and Biosecurity Control and Quarantine for Galapagos, will carry out technical reports on the advisability of activating the airports of the Galapagos Islands for direct international flights , ensuring that all the regulations and conditions that guarantee the sustainability of the ecosystem of the Galapagos National Park are complied with in current legislation.

This will be done in coordination with the Ministries of Tourism and Health, as well as with the decentralized autonomous governments of the province to determine their feasibility, until the tourism sector in continental Ecuador recovers.

In what the National Assembly initially approved, it did not include the previous technical reports to enable the Islands’ airports for direct international flights; but it was pointed out that it will be a task of coordination between the civil aviation and Galapagos authorities who determine its feasibility until the tourist sector of continental Ecuador recovers. (I)

Daniel Salcedo shares houses and shares with the Bucaram family