Donetsk Airport remains in dispute between pro-Russian and Ukrainian militias 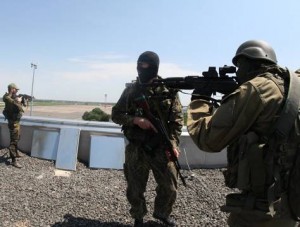 Ukrainian forces and pro-Russian militias continued today fighting for control of the airport in Donetsk, the main rebel stronghold, threatening the truce once again in eastern Ukraine.

During today, both the Ukrainian forces and pro-Russian rebels were attributed the control of the airport grounds, but later the separatists admitted that combats continues.

“In two or three days at most, the airport will be under our control,” said today the leader of the self-proclaimed People’s Republic of Donetsk, Alexandr Zajárchenko.

The separatists recognized that last night they began to pound with their artillery enemy’s positions in Donetsk International Airport, a key point for controlling access to the city.

According to the Ukrainian military command, the rebels attacked the previous day up to four times the Ukrainian positions and came to take one of its two terminals, but were later expelled from the building by Ukrainian paratroopers.