Donetsk Mayor reported the deaths of three civilians after crossfire 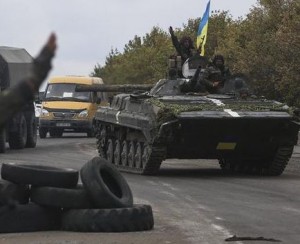 The mayor of the city of Donetsk, reported that three civilians were killed and five others were injured in the last 24 hours by cannon shots, despite the ceasefire agreed a week ago, in the Memorandum of Minsk between pro-Russian separatists and Ukrainian troops.

“At 10.00 (local time) the situation remains extremely tense. Isolated shots and numerous bursts of heavy artillery are heard in many neighborhoods,” said a statement from the local government in the hands of the pro-Russian.

It added that “last night shots did not stop,” which caused damage to numerous houses and administrative buildings and dozens of streets.

Because of the artillery fire, a total of 17 residential buildings, 574 houses and 27 stores continue without gas supply.

Sporadic clashes continue between the two opposing sides but with less intensity, as noted by the observer mission of the Organization for Security and Cooperation in Europe (OSCE).