Since last Friday, tens of thousands of pro-democracy demonstrators in Hong Kong, mostly students, protest and challenge the government for a full democracy, as a result of the electoral reform in which China supports the direct election of a governor from 2017.

Student leaders threaten to further extend protests until Wednesday if their demands are not met: the resignation of the governor of the city, Leung Chun-Ying and the withdrawal of the controversial and limited electoral reform.

So far the protests continue and many demonstrators dressed in black and exhausted by spending many nights on the street, say they will not give up. The umbrellas that they carry in order to protect themselves from tear gas and the hot sun has made ​​the protest to be baptized as the “Umbrella Revolution.”

Meanwhile, Chun-Ying put away the possibility of “any personal change” because, he said, he will only lead Hong Kong to elect another leader under the system established by Beijing, and also stressed that no “illegal act” will change the opinion of the central authorities in Beijing to amend electoral laws in the territory governed under a special regime. 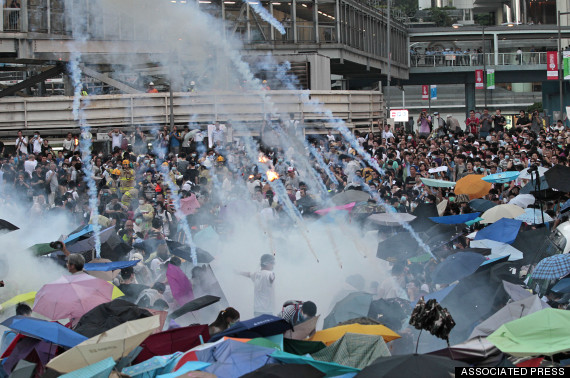