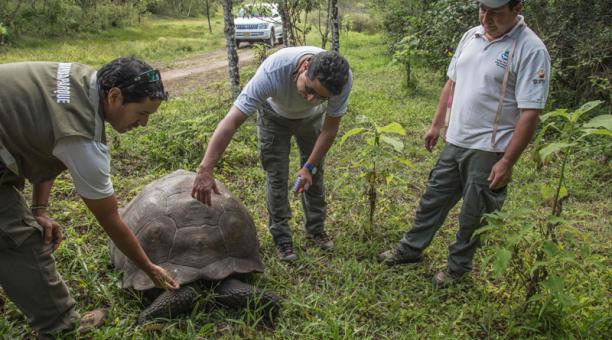 Huddled under a rock, the small donfaustoi wait for the sun to fall to leave the shadow. They are the first offspring in captivity of a species of giant turtle discovered in the Ecuadorian islands of Galapagos.

Nothing disturbs the calm in its corral of the breeding center of Santa Cruz Island, one of the three stations where the Galapagos National Park preserves the 12 species of these large turtles unique in the world. Stretching their heads from their tiny shells, they have just eaten some leaves of otoy and porotillo, two nutritious plants brought from the continent – 1,000 kilometers – and now they seem to have fallen into the torpor of the afternoon.

“Here they are kept somewhat hungry. When they are in the wild, they will be hungry and will have to look for food, “explains Walter Bustos, director of the Park. But they still have to be released in their environment, at least until their shells measure between 23 and 25 centimeters and are four or five years old. Nothing for these reptiles that can live a century and a half. The price of survival is a childhood in captivity. 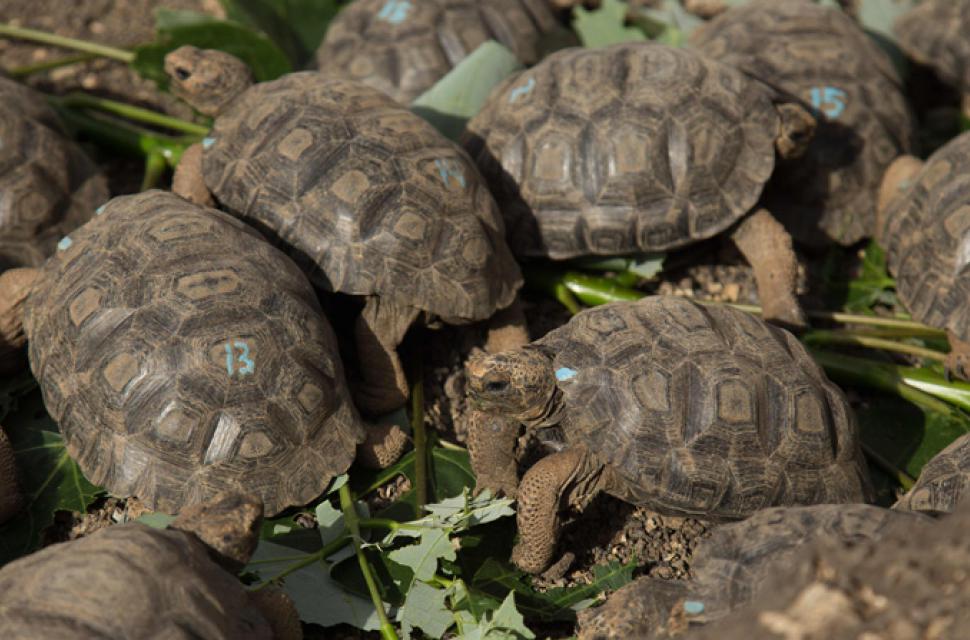 When hatched eggs hatched in the center several months ago and the first litter came out healthy, the rangers signed up a new goal in their conservationist crusade.

These days a third litter has just been born, and there are already 120 specimens born in captivity of Chelonoidis donfaustoi, the last species identified. The giant turtle arrived three or four million years ago to this volcanic archipelago in the Pacific, declared a Natural World Heritage Site due to its high number of endemic species. 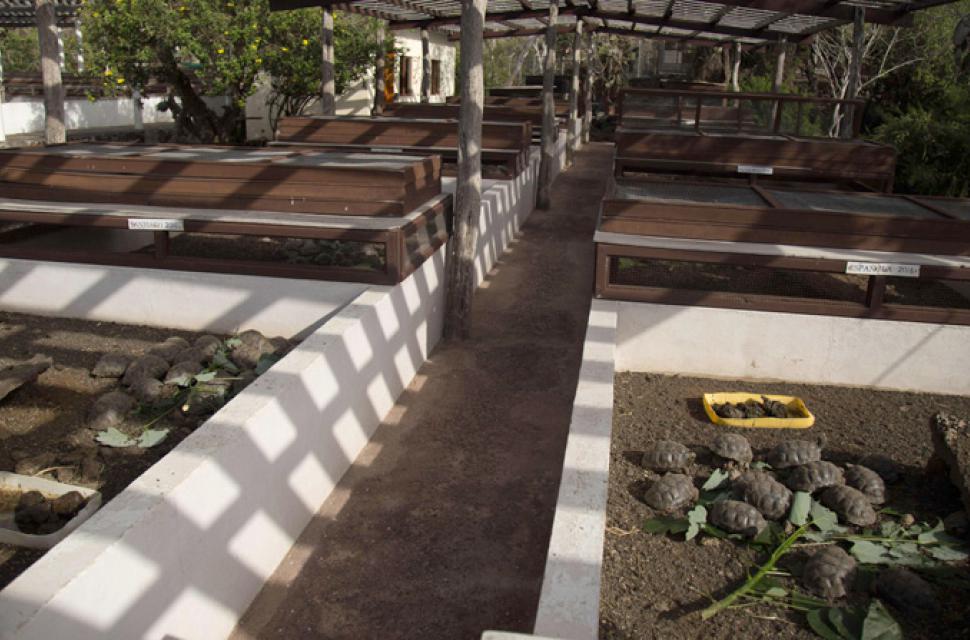 It is believed that marine currents dispersed their specimens around the islands, and that was how 15 different species were created -of which three are formally extinct-, each adapted to their territory. Its population was very decimated with the arrival of pirates and whalers, who captured them as fresh meat for their long resistance, and the introduction of invasive species, such as the dog, the goat or the rat.

Also its fat, turned into oil, served for years to light the streets of Quito and Guayaquil. “The turtles are engineers of the ecosystem. With their movements they shape the environment, they open spaces for other species to develop and they are the best seed dispersers, “explains biologist Washington Tapia, from the US NGO Galápagos Conservancy.

The dimensions vary a lot between species. Those that live around the Alcedo volcano, in Isabela Island (the largest of the archipelago), can measure up to two meters and weigh 450 kilos. 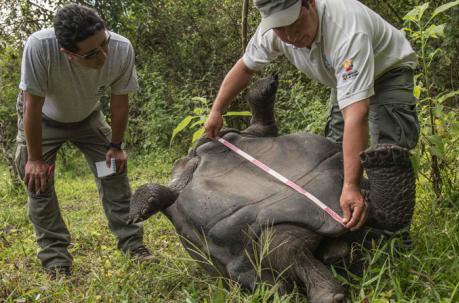 Until 2002, the scientific community considered that all the turtles of Santa Cruz Island, the second largest, were of the same species, Chelonoidis porteri. But after several years of genetic analysis, it was determined in 2015 that those that live in the east of the island, in El Fatal hill, are a different species, Chelonoidis donfaustoi.

Their low population, of no more than 400 specimens, and the threat of predators for their nests, motivated the collection of eggs for the captive breeding program. The idea is that, once grown, the specimens are returned to the same place where the nests were found. On a farm near the hill, one hour from the capital Puerto Ayora, a group of park rangers carry out a routine expedition of adult donfaustoi monitoring. They locate the first specimen, on the edge of a dirt road, between bushes and brush. 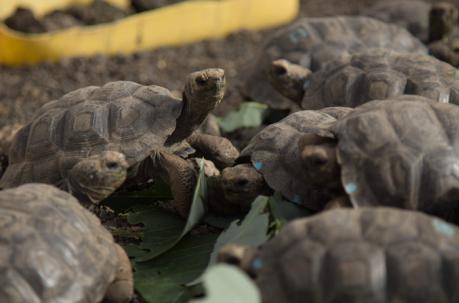 Without protesting, the turtle lets park rangers measure its huge carapace and, among several, turn over his heavy body -of more than a hundred kilos- to inspect his health. “They have visible genetic and morphological characteristics that differentiate them. Donfaustoi is smaller and has a dome-shaped carapace, and Porteri has a little rounder, “explains Danny Rueda, director of Ecosistemas del Parque, while observing his round legs.

They named this new species in honor of Fausto Llerena, the iconic keeper of the famous Solitaire George, the last specimen of the species Chelonoidis abigdoni, who lived on another island and died three years ago. Later on the road, in what looks like a g, two huge males struggle with their bodies. Until one of the two, aware of his inferiority, withdraws and disappears slowly among the trees. (I)