The Government of Ecuador, through the draft of the Humanitarian Support Law to Combat the Sanitary Crisis Derived from Covid-19, proposes to the National Assembly that  debtors and creditors can establish concordats or payment agreements, in cases where they are not can pay a financial commitment. 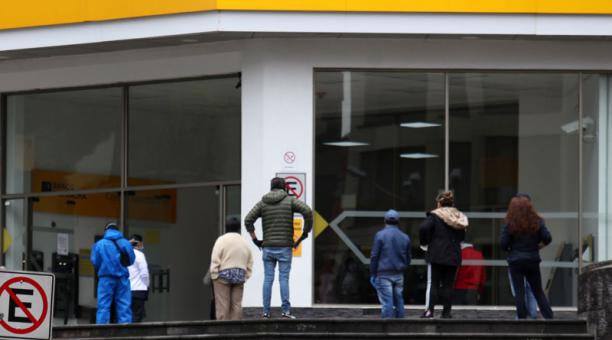 In addition, the document notes that during the six months following the date of entry into force of the Act , it is prohibited the increase in securities, rates or rates of basic services, including telecommunications .

Another measure proposed by the Executive in the Project is that during the duration of the state of emergency , private insurance companies may not cancel or terminate health insurance policies or prepaid medicine contracts , or suspend coverage of the same, if there are arrears of up to 60 days, additional to those established in the contracts . The document indicates that the unpaid amounts will be prorated for the following months without interest charges for late payment.

The President Lenin Moreno sent yesterday, Thursday 16 April 2020, this document to the Assembly , with urgent economic nature. The Project, which contains five chapters and 38 articles, also addresses proposals for labor reform, protection of Social Security , contributions to a humanitarian account, among other issues that the Government advanced on April 10, 2020.

According to the project, the exceptional concordats may be signed, by mutual agreement, to establish conditions, terms and reduction or restructuring of debts between the parties, provided that they are engaged in a commercial activity.

The debtor who wants to sign this type of agreement must make an affidavit . In addition, the bill states that the debtor must request the Superintendency of Companies, in case of being a legal person subject to control, or a judge in the rest of the cases, to appoint a supervisor of the concordat of a list of three proposed by the creditor (s).

If the debtor cannot reach an agreement to sign concordats with his creditors , the Project raises the possibility that the debtor submits an affidavit to a notary where he verifies that his liabilities do not exceed 120% of his assets. In that case, a judge may order that payments be suspended and creditors will be summoned for a meeting.

María Paula Romo: Construction sector in Ecuador will be reactivated with a ‘pilot plan’