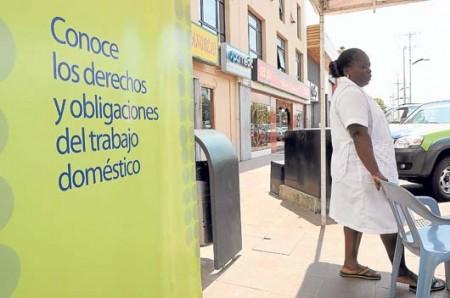 Betty Carrillo, Assemblywoman, confirmed yesterday that the proposals of the draft Labour Code submitted by the Minister of Labour Relations will be collected until 15 July. From that time the members of the National Assembly will conduct a review of the agreements and disagreements that exist.

The Assemblywoman noted that the intention is to achieve a general consensus or agreement and in the case of not succeeding, the Commission will present a more appropriate draft.

Maritza Zambrano, representative of paid domestic workers and member of an organization of 300,000 members, raised specificpoints to the new draft Labour Code.

Among them, the elimination of the term “domestic workers”, which is changed by “paid household workers”. In addition, sheproposed to develop what is determined in the Convention 189 of the International Labour Organization (ILO), which guarantees their rights with a work schedule, and protected, secured and valued work.