Draft Labour Code will not be “urgent economic,” according to Cayambe 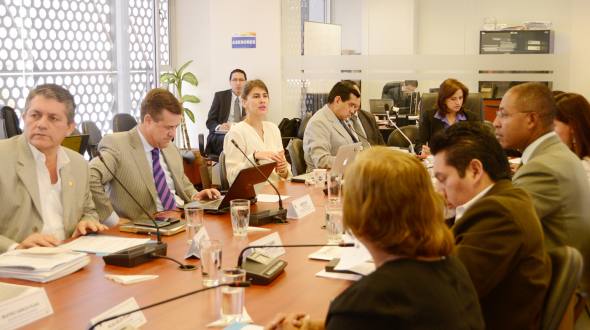 After a conversation with the Minister of Labour Relations, Carlos Marx Carrasco, Fausto Cayambe (AP), a member of the Commission on the Rights of Workers of the Assembly and Coordinator of the ruling party bloc, assured that the draft Labour Code will not enter in the Assembly as an urgent basis in economic matters.

However, the President of the governing board, Betty Carrillo (AP), said she was unaware of the reasons why the Minister has declared the possibility of being sent as economically urgent and said that “in labor relations the human being is above the merchandise and from any point of view, the project can be an economic issue.”

On September 24, on the third day of systematization of the proposals of the Unitary Workers Front, the Fenacle and the preliminary draft of the Executive delivered on May 1, only Xavier Coronel, representative of the Human Resource Network of Ecuador, arrived with his criteria on the issues that were discussed: general definitions and principles of the project.