Drastic decline of exports in Latin America and the Caribbean 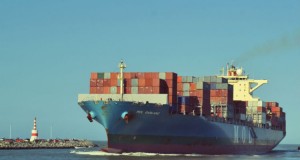 The exports of Latin America and the Caribbean will drop again for the third consecutive year in 2015, with Venezuela and Colombia as the most affected countries due to the drop in the price of oil, and Guatemala and El Salvador as exceptions of the widespread loss.

The fall of this year will be around 14%, to 914.000 billion dollars, according to the study “Estimates of Commercial Trends in Latin America and the Caribbean 2016”, published yesterday by the Inter-American Development Bank (IDB).

As main causes, the report points to the “strong correction in the prices of exported goods and the weak demand from major trading partners”.

The only two economies that are expected to register increases in its exports this year are: El Salvador (2%) and Guatemala (6%), both powered by a strong expansion of sugar shipments to China.