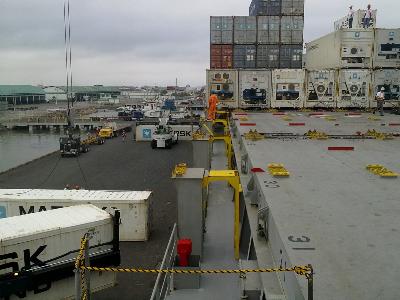 Ecuador seeks to open a direct route to the Republic of China to send a mineral concentrate from the provinces of El Oro, Azuay and Zamora Chinchipe. The exit door would be Puerto Bolívar, the second maritime terminal of Ecuador.

Wilmer Encalada, General Manager of Puerto Bolivar Port Authority,  said yesterday that conversations are being held with shipping companies that could operate taking advantage of the conditions offered in such terminal.

According to Encalada, some costs that now are covered by the mining sector and which are currently used by the port of Guayaquil would be reduced.

He noted that representatives of shipping companies have expressed their willingness to this initiative, taking advantage building of the modern infrastructure, evaluating low costs, safety and efficiency of this port.

The port Manager said that all these actions have the endorsement of the Minister of Transport and Public Works Paola Carvajal, through the Undersecretariat of Maritime and River Transport.