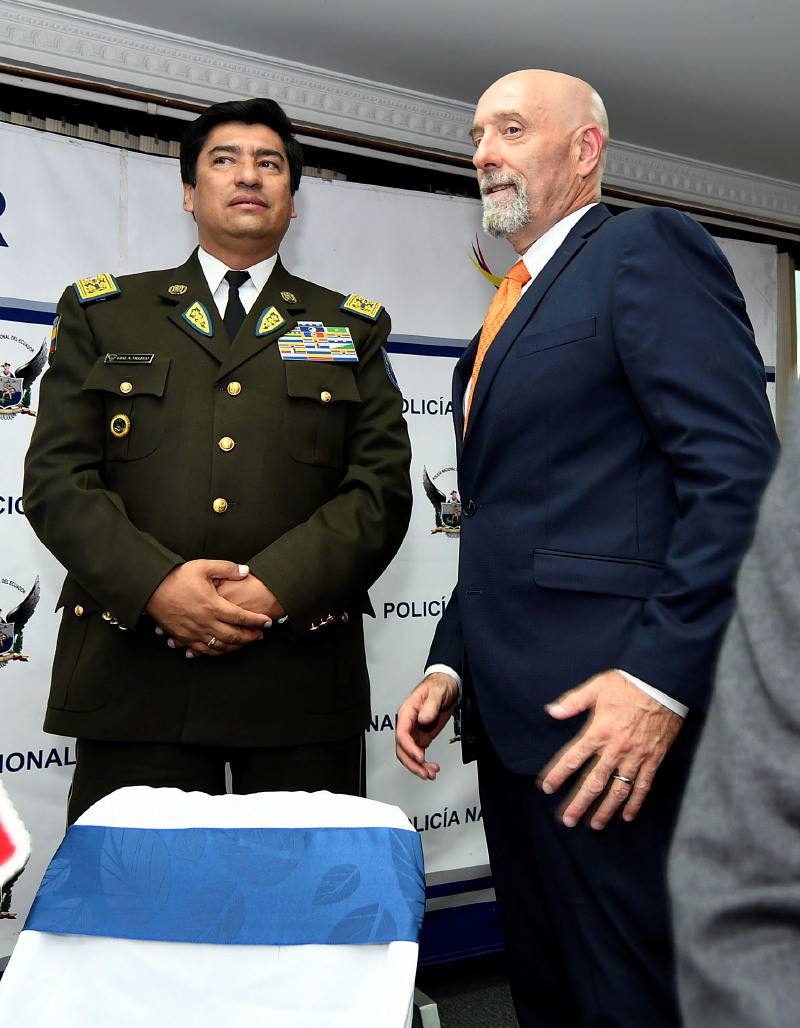 The Ecuadorian Government signed yesterday, in the Police Headquarters, in Quito, a memorandum of understanding with the Anti-Drug Agency (DEA) and the US Immigration and Customs Enforcement Service (ICE) “to exchange information and experiences for the fight against illicit drug trafficking and combating transnational organized crime “.

On behalf of the Executive, the Minister of the Interior, César Navas, and of the North American country, Ambassador Todd Chapman signed. Along with them were the deputy general commander of Police, Nelson Villegas, as well as the DEA regional deputy director for Ecuador and Venezuela, Gene Hawk, and the assistant of the Department of National Security of the United States, Yvette Searight,

In addition, the creation of the Transnational Criminal Investigative Unit (TCIU) within the National Police was highlighted to “counteract money laundering, trafficking in persons, traffic in narcotics and weapons, violations of intellectual property rights, customs fraud, the exploitation of minors, cyber crimes, among others. ”

This Unit will strengthen the capacity “to investigate and prosecute individuals involved in transnational criminal activities that threaten the security of Ecuador, the region and the national territory of the United States.”

Chapman added that the Unit “is something new in Ecuador (…), which we have in many countries and now we are going to have it here, within the National Police.” (I)

Tame aims to be profitable in 18 months