Ecuador, before the most bloodthirsty enemy 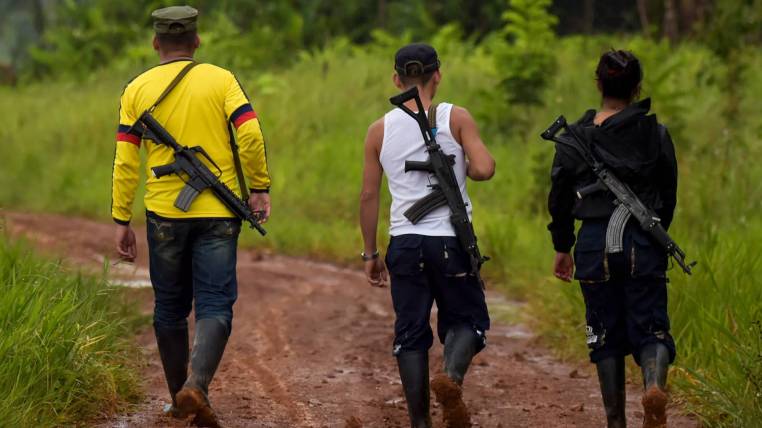 The murderers of Efraín, Paúl and Javier are so aggressive that, in just one year since their emergence, they have placed themselves at the head of the dissident factions of the Colombian peace process with more attacks behind their backs. The kidnapping and death of El Comercio’s journalistic team has shocked the country and has removed the bandage from the population that still watched with distance the upsurge in violence on the border. The murderers of the journalists and the driver attack the military, trained for the confrontation, and civilians.

11% of attacks by dissidents in Colombia are attributed since June 2016, despite the fact that they appeared on the scene, according to their own communiqués, in January of last year. And they are the fourth most bloodthirsty faction. A report by the Ideas for Peace Foundation, published on Sunday and to which EXPRESO has had access, measures in detail the cruelty of its actions and draws a panorama of terror and territorial struggle that since this year has spilled over the Ecuadorian border. In the country, there are already 5% of the attacks due to the so-called dissidences, which are organized crime groups or gangs that do not agree with the peace process. Some because of political or ideological detachment and others because they do not have among their plans to give up the lucrative business of trafficking in drugs, weapons, people or illegal mining.

To prepare the report, the Ideas para la Paz Foundation conducted 88 interviews with public officials, military and police, community leaders and peasants, representatives of international organizations and the Church and ex-combatants of the FARC. Does not publish the name of any of them, for security.

All the information gathered about the consequences of the peace process in Colombia answers questions that haunt Ecuador as to who and why it attacks the border area, what interests are in the north of the country, to what extent and until when the wave of violence can spread. The picture is not encouraging:

Where and what do they do

A wound to the group

The Oliver Sinisterra Front is the dissident group with fewer ex-members of the FARC.

Of the dissidence ‘Resistencia Campesina’ and ‘Los de Sábalo’.

United Guerrillas of the Pacific and ELN.

Rejection for being “a deception of the Government” and confrontations to those who substitute coca crops.

Production and distribution of cocaine.

Outsiders in the village

At the entrance of the villages dominated by the Front Sinisterra Oliver put children to play bell ringer. If a stranger arrives in the locality, the minors warn the security circles of the armed group to come out to meet them if they advance. They are treated as strangers to all those who are not local, given the risk that they are members of groups with which the territory is disputed. (I)

Lenín Moreno: We had peace because the drug was allowed to pass