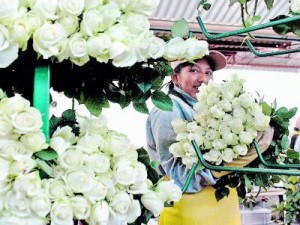 Ecuador has opened space as competition from Holland in exporting flowers. Sales to Europe from Colombia and Ecuador registered a boom. Between 2003 and 2012 the two countries have had an increase of 10 and 90%, respectively.

Exports of the product for 2014 will be around the 5,400 million euros (6.603 million dollars), despite the decline in sales occurred in 2013, when they fell by more than 2%, according to the Association of Wholesalers Horticultural Products.

The industry of flowers and plants in Holland, a historic business in this country, traces its exports despite changes in the sector and increasing competition from emerging markets such as Ecuador or Colombia, and the contraction of the economy in Russia.

IDB approves a credit of US $ 300 million for Ecuador