Ecuador has achieved 99% of its direct pass to the Qatar 2022 World Cup; the remaining 1% will define it in March

The Tricolor maintained the direct ticket to the Qatar 2022 World Cup for 67 minutes during the match in which they tied 1-1 with Peru in Lima on Tuesday, for the 16th date of the South American qualifiers. 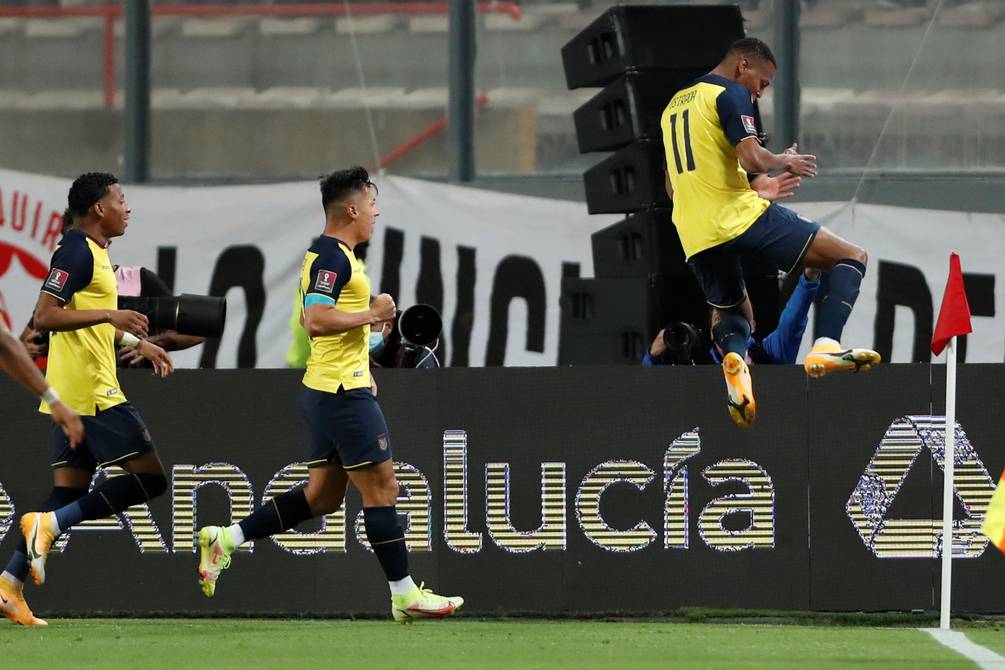 Michael Estrada (r) celebrated this Tuesday Ecuador’s goal in the 1-1 draw with Peru in Lima, for the South American qualifiers for the Qatar 2022 World Cup.

That point that he managed to add as a visitor mathematically assured it to be at least in the play-off phase for a place in the next World Cup.

However, having reached 25 points and mainly having an excellent average goal (+10) gives it an additional advantage over its direct rivals, Uruguay (22 units and -3 goal difference) and Peru (21 and -4). , even more so when both will have to face each other in Montevideo on the next date (number 17), to be played next March.

For its part, Ecuador secured 100% on Tuesday its pass to the playoffs, which until before the game with Peru remained at 95%, but with the tie achieved in Lima it reached the magic number of at least 25 points to be among the top five from South America in this tie.

Since the 2006 World Cup in Germany, the teams that have reached the play-off phase for South America have not required more than 26 points or less than 24, having the key figure of 25 as an average, to which Ecuador has already reached.

Now it only remains for the last two dates of the calendar of these qualifiers to elapse, to be played between the last seven days of next March, so that Ecuador is not only in the playoffs, but also has a direct ticket to Qatar, even without getting a only one more point, this due to his average goal (+10), a situation that could most likely be clarified on date 17.

Without adding points in the next game, which will be as a visitor against Paraguay on March 24, Ecuador can mathematically end day 17 with 100% of the ticket to the World Cup in its possession ( it currently has 99% achieved ), because Uruguay and Peru, who will face each other in Montevideo, will not be able to both add three points at the same time and it could even be the case that they share only one unit each, with which they would continue further away from being able to reach the Tricolor.

Possible results of Uruguay vs. Peru

1. If Uruguay wins, it would reach 25 units; Peru would be left with 21 and Ecuador would no longer be able to even match Ecuador in points, which would lose 25. With this, the Tricolor will ensure 100% of its ticket.

2. If Peru wins, it will add 24 points; Uruguay would not exceed its 22 and maximum on the last date could reach Ecuador, only if it beats Chile by at least between ten and twelve goals difference as a visitor; and also, that the Tricolor lose by at least one or two goals difference against Paraguay in Asunción and against Argentina in Quito.

3. If Uruguay and Peru draw, the former would accumulate 23 points and their rivals only 22, so for Peru to at least catch up with Ecuador in the standings, they must first wait for the Tricolor to fall by one or two goals difference in their last two games and the Peruvian team win by at least between ten and twelve goals difference to Paraguay in Lima. (D)