Ecuador has the capacity to embark on the new technological era

The Californian company, Growers Transplanting INC, uses little man-power. More than 500,000 square meters of strawberry crops, which are harvested annually, are now monitored with electronic cards, which can accumulate data related to the ambient brightness and humidity and soil temperature, to thereby analyze and automate certain processes It is a technological solution that they have tried since June and that comes from Ecuadorian minds.

It will not be the only company in California (USA) to use them; At the end of this month, other Miami industries will do the same when Yubox begins the international dispatch of their first Yubox Node cards, the result of that venture that the Guayaquil-born Edgar Landívar started 3 years ago, when he was looking for a way to board his Company in the technological era. “When you work with technology you have to work thinking about the future. We knew that IOT (the internet of things) was what I was going to need. ” 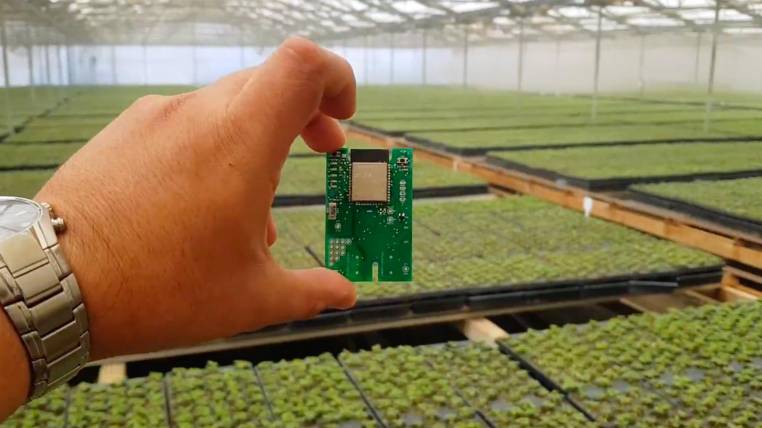 Yubox is the reliable example of what some Ecuadorian companies are achieving within a global context that speaks of the arrival of the fourth industrial revolution, today also known as Industry 4.0. However, they are businesses that, for the most part, seek revenues outside and that little come to be used within the country. Unfortunately, says Landívar, “we are a small market and little or nothing technified,” which also has not been working on an ecosystem that allows companies to grow in this area and generate new jobs that should replace the traditional work that , it is said, the arrival of greater technology will kill. By 2020, according to an investigation by the World Economic Forum, it is estimated that some 7 million jobs will have disappeared due to the digital transformation.

That reality, agrees Andrés Burbano, president of Citec (Chamber of Innovation and Technology of Ecuador) must begin to change, especially if the country proves to have gray matter. He gives us an example other success stories. On their list are firms such as Cobiscorp that has been gaining international recognition with the export of transactional solutions for banking or Shipify, the creator of a platform, which has positioned itself as an Uber for the transport of merchandise. Talent, he reiterates, exists, but what you have to look for is the way in which it is capitalized.

Burbano believes that “we must find a way to attract significant foreign investment to this field that generates a transfer of knowledge. The important parent companies of Google, Facebook, Uber, are in Colombia. Why are they not here? He believes that this occurs because instead of applying incentives, restrictive policies that little drive the sector are being imposed. The demand that governs the country so that the public sector only acquires free software, he says, is an example. That, and economic instability, has been generating a setback in the sector. In 2014, the Information Technology Industry moved more than $ 2 billion, today this dynamic reaches $ 1.5 billion.

The ecosystem, says Landívar, must also mature on the side of facilities to find skilled labor, and in that, the country’s universities have a pending task. “Today, if I want to make a product, I can’t find who does it for me, who makes me even a plastic box. There is no facility to produce, ”he says. In his case, Yubox had to import elements that do not exist in the country to design his cards, and later assemble them in China. But Landivar, believes that if you are going to bet on this industry, that should not be the ultimate goal. The country, he says, must design a plan that drives, little by little, a local production that generates work. Therefore, it plans to mount a small factory at the end of this year to start assembling its cards in Guayaquil. There will be 8 models. Although the first one aims to provide solutions to agriculture and the aquaculture sector, the next one (the Yubox Companion) will be destined to the industrial sector. The first prototypes are already tested in companies such as Toni and Fadesa. There the cards help to monitor and identify the location of forklifts.

Caterina Costa, president of the Chamber of Industry of Guayaquil (CIG), talks about the need to inject more knowledge into this sector and, in this, the academy must also play a fundamental role. Not only promoting new technological careers that prepare the new professional, but making sure that every applied research that is carried out does not die in books and texts, but that it can be used by companies.

If the country aspires to improve its levels of competitiveness, Costa says, embarking on Industry 4.0 should not be optional, and official figures say there is still much to do. “If we review global indicators such as the global competitiveness index, we see that our score is 32 out of 100, compared to countries like Chile, which reach 41.3. When we are told what we are doing wrong, then there are deficiencies in public policy issues and others linked precisely to technology issues. ”

7 million jobs will tend to disappear since 2020, with the arrival of greater technologies, according to the World Forum.

The CNE analyzes the elimination of 4 political parties