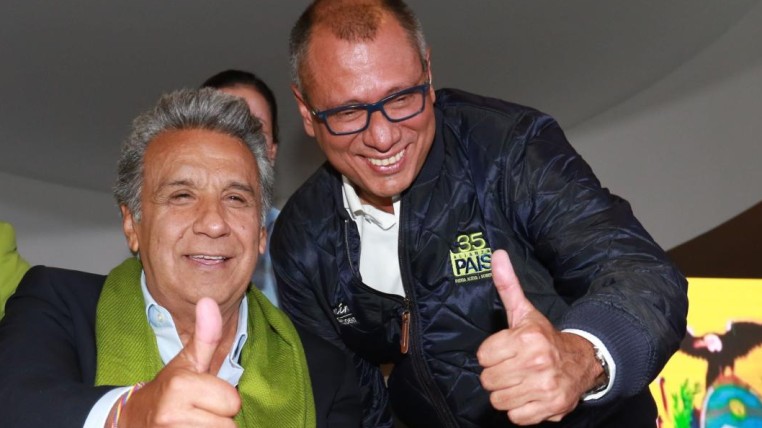 The country lives an election day without certainty after unofficial results leave a country with two candidates claiming the presidency.
Lenín Moreno, presidential hopeful of the Alianza PAIS party was proclaimed, based on the exit poll of the Perfiles de Opinión polling firm. “We have won,” he said in a euphoric way from a grandstand in the capital. He took the opportunity to reproach the opposition for declaring the victory on the basis of “the pollster paid by the Bank of Guayaquil,” he said delegitimizing Polibio Córdova, president of Cedatos, the only pollster that released the exact results of the first round. Minutes before, Guillermo Lasso, of the CREO-SUMA alliance, gave a speech of victory, precisely, based on the figures of Cedatos, that gave him the advantage.

In the middle of the crossfire of pollsters, the nation, awaiting a light of certainty before the hyperactive dump of data by the National Electoral Council (CNE), whosewebpage featured constant access problems. The national CNE accountant, with official results in real time, obtained 80% of the scrutiny one hour and forty minutes after the closing of polls. It was very different from the more than 24 hours that it took to the CNE to reach the same percentage, in the previous election.

The protest is still alive in the exteriors of the CNE, in Quito