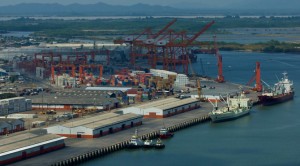 The Ministry of Foreign Trade announced that the General Council of the World Trade Organization (WTO) was informed on April 2 about resolution 011-2015 of the Committee of Foreign Trade (Comex).

This resolution determines the setting of safeguard measures to 2900 imported tariff headings, whose surcharges would be between 5% and 45%. Something that according to Pabel Muñoz, National Secretary of Planning and Development, is positive, because raw material has not been affected, and therefore there has been no inflation. (I)

KISS surprises its fans in Quito