Ecuador is part of the opening speech of the G20 Finance

According to the Indonesian Finance Minister and host of the event, Sri Mulyani Indrawati, the world faces a “triple threat” from the war in Ukraine, rising energy prices and global inflation, which affects countries like Ecuador. 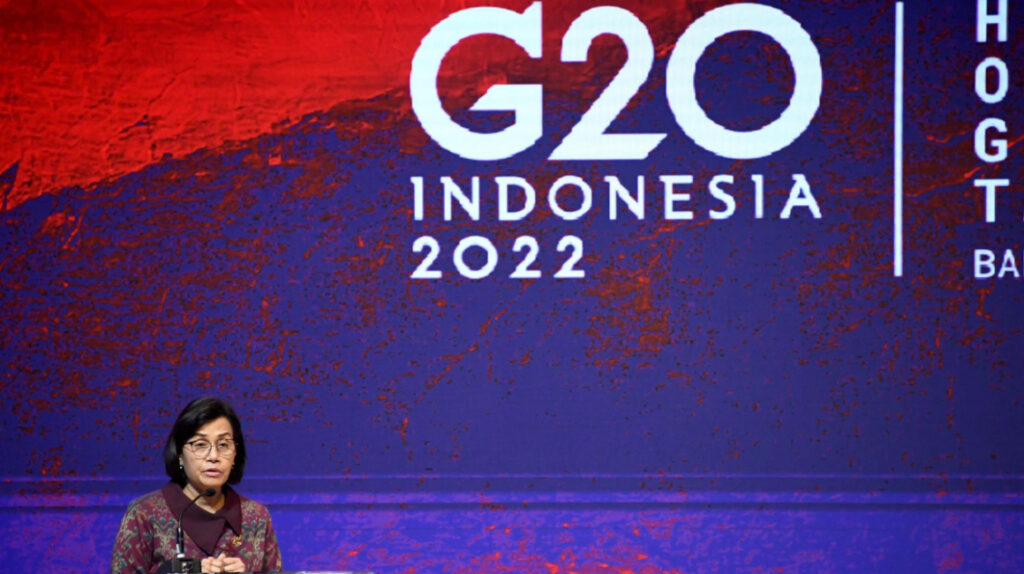 The Indonesian Minister of Finance and host of the event, Sri Mulyani Indrawati, spoke about Ecuador in her inaugural speech, in Bali, on July 15, 2022.

The two-day meeting of G20 finance ministers and central bank governors kicked off on the Indonesian island of Bali on Friday.

The appointment focuses on the growing social instability and the difficulties of paying the external debt in many countries, due to the complex global crisis.

In her opening speech, the Indonesian Finance Minister and host of the event, Sri Mulyani Indrawati, stressed that the world is facing a “triple threat” due to the war in Ukraine, rising energy prices and global inflation.

“About 60% of the lowest-income economies are having trouble paying their external debts or are about to,” Indrawati said.

He recalled that in the last two years the number of people facing food insecurity increased from 135 million to 276 million . Meanwhile, the price of crude oil has become more expensive by 350% between April 2020 and April 2022.

“ We see that this has huge social and political implications in Sri Lanka, Ghana, Peru, Ecuador and other countries”, said Indrawati , referring mainly to the energy crisis and the increase in prices.

The Indonesian finance minister also stated that the ministers of the 20 largest economies in the world will have to address other issues, such as the challenges of the climate crisis, the ecological transition, debt sustainability and a sustainable and inclusive economic model.

At the end of the meeting in Bali , the Indonesian authorities will issue a final consensual statement , something they were unable to achieve at the G20 foreign ministers’ meeting on July 7 and 8, due to divisions over the Ukrainian conflict.

Among the invited countries are Spain, the Netherlands, Fiji, Cambodia, Rwanda, Senegal, Singapore and the United Arab Emirates.

Lack of regulation of delivery platforms creates a black market